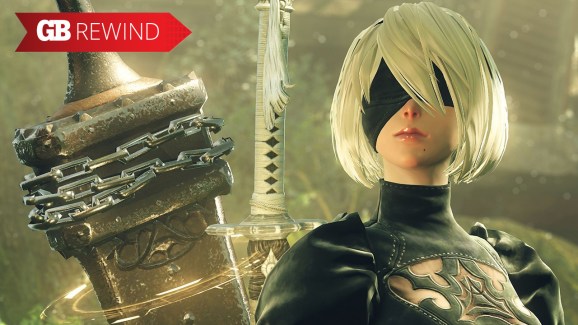 So 2017 was … well, the games were great. We spent 2.5 hours last week determining our top 10, and that list has some all-time greats on them.

This is the culmination of our GamesBeat Rewind 2017 coverage. We’ve looked at some of the biggest trends, the best strategy games, and more. For our top 10, we don’t vote. Voting has gotten us into some messes in 2017, we came to a consensus through yelling and gritted teeth. You can hear that discussion by clicking play on the video above of the audio podcast below. Enjoy, and we’ll see you in 2018 where you shouldn’t @ us for whatever we get wrong here.

GamesBeat reviews editor Mike Minotti: “Like with God of War and Uncharted before, Horizon: Zero Dawn should be the start of another PlayStation iconic franchise. It offers a gorgeous and interesting world rich with adventure (including plenty of giant robots to kill). While it borrows heavily from the likes of Far Cry, it’s a more interesting and less repetitive effort than we’ve seen from that series.”

Mike Minotti: “Nier: Automata is the game that came out of nowhere. I didn’t play the first Nier. I don’t think I even considered playing the first Nier. But the buzz for Automata roped me in, and the pedigree of Platinum Games when it comes to action is so high, that I decided to try it.

Surprisingly, it’s not the combat that makes Automata so memorable. Instead, its tortured world, bizarre characters, and quirky twists ensared me. It’s both wonderfully weird and beautifully melancholy.”

Dean Takahashi: “Persona 4 is such a beautiful RPG that it seemed like an impossible task to ask any sequel to surpass it, but Persona 5 manages to keep the series’ conceits working while adding meaningful improvements. Dungeons are more fun to explore and you have more options in battles. Other, smaller quality-of-life changes make things easier, like getting texts from friends when they want to hang out.

This is a deep and gorgeous RPG that’s slicker than Fonzie after wrestling with an oiled pig. If you loved Persona 3 or Persona 4, you’re going to be ecstatic with how Persona 5 keeps the momentum going and delivers one of the greatest JRPG experiences of all time.”

GamesBeat managing editor Jason Wilson: “Divinity: Original Sin 2 shines in every area: It tells a story of powerful heroes struggling not just against people who hate them for whom they are (and the threat they represent) but the essence of godhood. Are you a god? Is one of your companions a god? Will your enemy become divine? You deal with all these questions in a world rich in quests that run the gamut of emotions. It also gives you more choice than any of the other RPGs I’ve played this year, giving you an outstandingly written selection of “origin” characters such as Beast, a dwarf with a royal vendetta; or Fane, an undead sack of sarcasm.”

GamesBeat reporter Jeffrey Grubb: “The New Colossus delivers on upping the stakes by bringing the game to the United States and establishing it as the best potential platform for staging a true fight against the Nazis. But Wolfenstein II shines whenever you can feel how resistant the people of the United States are to the idea of overthrowing their new emperor. That is effective both dramatically and as a commentary on our current politics.

Developer Machine Games also brought the most amazing characters, quality storytelling, and well-paced gameplay to The New Colossus. You’ll want to spend time with these people and learn their fate — sometimes that will warm your heart, and sometimes it will break it.”

Dean Takahashi: “You could say that the weak villains, repetitive play, lack of multiplayer, and clipping bugs could doom a game like Hellblade. But I’ll happily overlook those because of the great character, compelling acting, awesome cinematics, beautiful environments, variety of gameplay, and its deep exploration of madness. It is a difficult game to beat, and it is hard to experience.

The ending of the game will leave you wondering just what was real and what was an illusion. I thoroughly enjoyed the dramatic arc of each major scene. It starts out calm, moves to disturbing, and then descends into chaos and madness. I think the storytellers and designers exercised tight creative control, with a game that is understated as well as explosive.”

Jeff Grubb: “This is a once-in-a-generation game. We’re already seeing major companies trying to copy it with their own games like the aforementioned GTA Online mode and Fortnite: Battle Royale. Bluehole’s last-player-standing shooter is already changing the gaming industry.

But this isn’t about some academic exercise in experiencing an influential game. You are cheating yourself if you miss out on making your own memories with this game even while it is still in Early Access.”

3) Night in the Woods

GamesBeat reporter Stephanie Chan: “I love everything about Night in the Woods — ominous dream sequences filled with deep indigo blues and sinister reds, casual references to fluid sexuality, random minigames, barely contained anger and melancholy. I still listen to the soundtrack at least every other week.

Its landscape is familiar to me, speckled with dead malls and blown-out junkyards as well as marvelously rich and beautiful trees in the fall. The characters’ friendships feel real — some are defined with easy acceptance, and others by simmering resentment, the kind that arises when you’re stuck with someone and you can’t get out. This is the kind of game I wanted to play when I was a little queer girl growing up in Ohio.”

Mike Minotti: “Super Mario Odyssey captures the best parts of Mario’s past 3D adventures. It has Super Mario 64’s open design while matching Super Mario Galaxy’s sense of awe. But the capture mechanic gives it a creative edge. It’s a huge game. Even once you finish the Odyssey’s final boss, you’ll want to go back to levels to keep exploring and collecting Moons. Thanks to the sharp controls, large worlds, and creative quests, boredom feels like an impossibility.

This is another Mario all-time classic that we’ll be remembering and celebrating for decades to come.”

1) The Legend of Zelda: Breath of the Wild

Jeff Grubb: “Zelda’s problems are tiny, and they look even smaller next to the its gigantic accomplishments. Nintendo has made a special video game in Breath of the Wild. As the name suggests, it is a breathing wilderness that Nintendo brought to life by abandoning the structured, predictable Zelda formula. At the same time, it feels like the ultimate culmination of the ideas we encountered in the first Zelda in 1987. And I think the result of all of its interlocking systems is a game that wants to slam you with moments of epiphanies. For me, my experience with Link’s Awakening was about getting that one major flash of insight and then using that to understand the rest of the game and then the rest of the Zelda series. For Breath of the Wild, Nintendo made a game that could replicate that moment over and over.

In his presentation at the Game Developer’s Conference in San Francisco, Breath of the Wild technical director Takuhiro Dohta said, “We really want players to have these moments where they interact with the world and think, ‘Wow! I’m a genius!” And that was always the core of Zelda, Breath of the Wild found a way to build an entire game where those moments were no longer scripted and instead emerged naturally from the player interacting with the systems.

And while I don’t know if I ever felt like a genius while playing Breath of the Wild, I did feel like I was 11 years old and unlocking the magical secrets of Zelda all over again.”