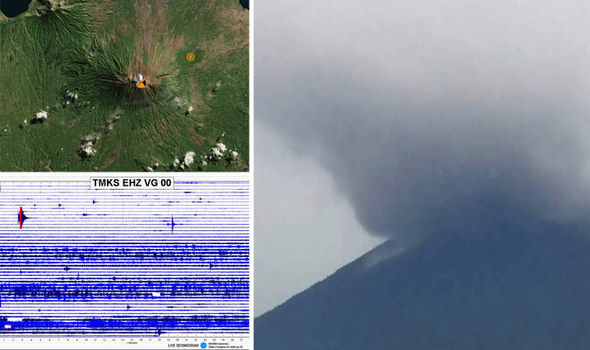 2.06pm: Ngurah Rai International Airport spokesman Arie Ahsan said: “The wind is blowing to the east with tendency towards southeast.”

2.05pm: Virgin Australia said: “We encourage guests booked via travel agents or third parties to ensure Virgin Australia has your mobile number, should we need to contact you in the event of any changes.

“Guests with travel insurance are also encouraged to check with their insurer about their individual circumstances.”

2pm: National Disaster Management Agency spokesman Sutopo Purwo Nugroho said that people should stay out of the up to to 7.5 kilometre volcano danger zone.

“The status is still the same – level three,” Mr Sutopo said. “Volcanic activities have not shown any increase in earthquakes.”

1.55pm: Volcanologist Dr Janine Crippler tweeted: “Agung is not spewing, people are not panicked. At this time the eruption is small and everyone should be encouraged to stay calm, be alert, and watch official information sources.

“People in Bali, you have all known for a while this could happen. You’ve got this. Keep calm, be ready, and listen to official sources of information.” 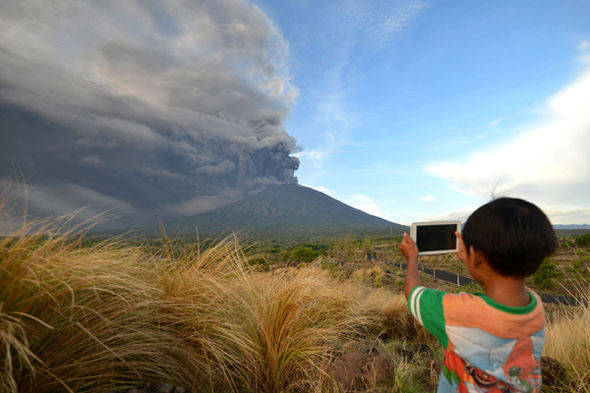 1pm: Magma Indonesia said that the eruption began at 5.05pm local time and grey plume has been seen rising as high as 700m above the peak.

An update issued today said: “The blasting ash is blowing weakly towards the east-southeast. The eruption is still ongoing.”

12.55pm: The aviation colour code from the Agung Volcano Observatory has  updated to orange.

12.45pm: The National Disaster Management Agency has described the eruption as “phreatic”.

The USGS said: “Phreatic eruptions are steam-driven explosions that occur when water beneath the ground or on the surface is heated by magma, lava, hot rocks, or new volcanic deposits (for example, tephra and pyroclastic-flow deposits).

“The intense heat of such material (as high as 1,170 ° C for basaltic lava) may cause water to boil and flash to steam, thereby generating an explosion of steam, water, ash, blocks, and bombs.”

Bali volcano is erupting after long period of seismic activity

The alert level at the popular tourist destination remains at Level 3 after it was downgraded from Level 4 on October 29.

Authorities are however monitoring the situation and any seismic activity in advance of a full-blown eruption.