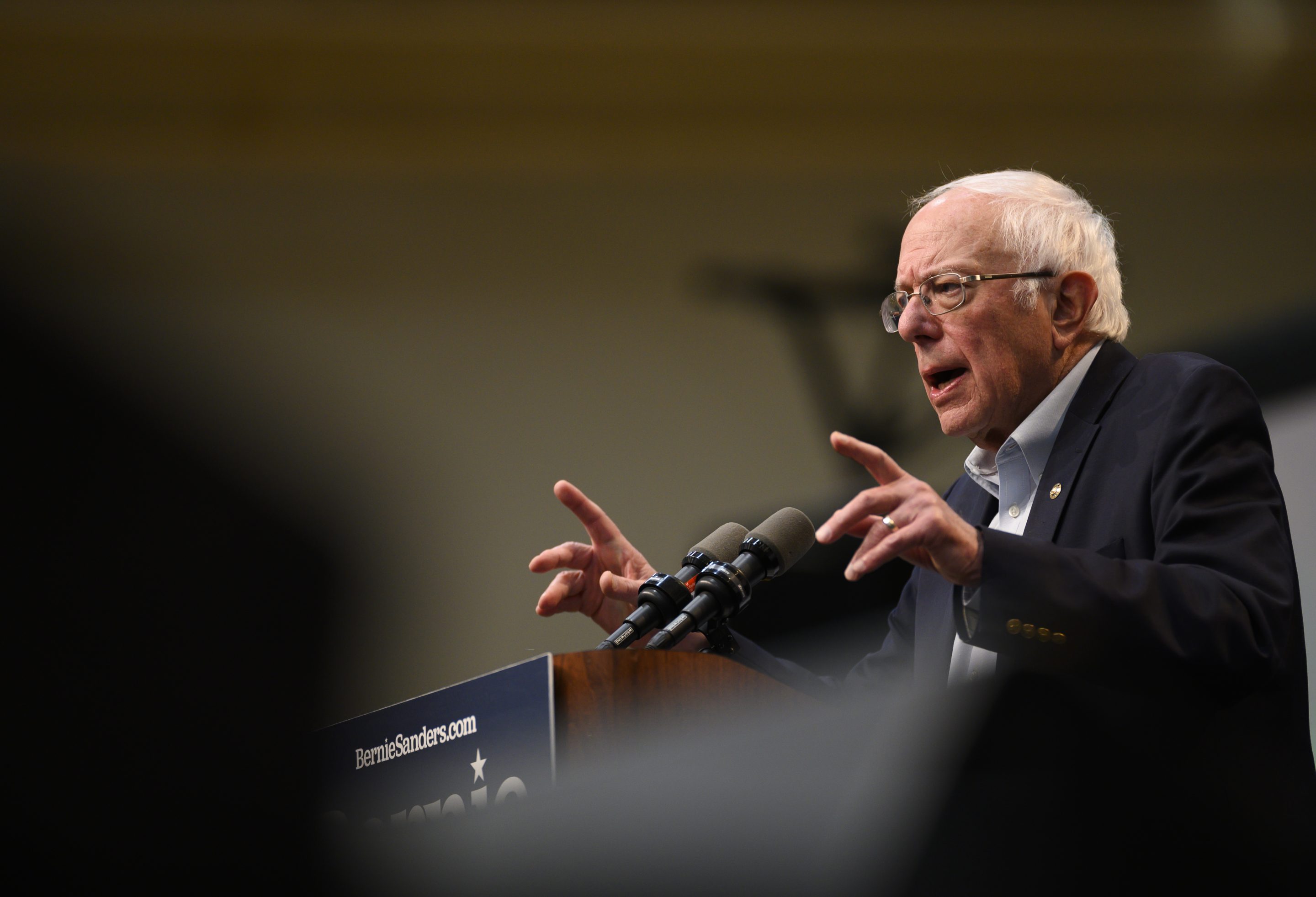 Bernie Sanders unveiled a plan on Friday that he says would make monthly broadband Internet bills more affordable for people in the United States, including those in underserved areas. His plan calls for an investment of $150 billion to create publicly-owned internet providers, break up cable giants, and call off any “anti-competitive mergers.”

“High-speed internet service must be treated as the new electricity—a public utility that everyone deserves as a basic human right. And getting online at home, at school, or at work shouldn’t involve long waits, frustrating phone calls, and complex contracts and fees meant to trap and trick consumers,” the plan says. “It should just work.”

Experts say Sanders’ plan is ambitious but believe it would be possible to move it forward if Sanders became President.

“The cost of broadband is expensive, the customer service has been exceptionally poor, and the rate of innovation very slow. These are hallmarks of an anti-competitive market,” says Josh Stager, senior counsel at New America’s Open Technology Institute.

Sanders’ Justice Department could start by invoking the Sherman and Clayton Acts, laws that define monopolies and certain business practices as illegal. They would have the precedent to go after any cable giant that is believed to be engaging in anti-competitive activity, says Stager.

“The authority to do this does already exist. Honestly, of all the proposals floating around out there, this is one of the easier things to assess,” he says. “And Bernie Sanders doesn’t need to be President for it to happen.”

Sanders blasted the Internet giants for their record profits, and pledged to return the power of the Internet to the consumer.

“In most cities and towns, there isn’t a second provider. That’s why cable is such a ridiculously profitable business,” he says.

Sanders wants to change that by forcing the cable giants to offer an affordable basic broadband package. The $150 billion needed to carry out the plan would be part of the Green New Deal. The money would be used to give cities grants to help create municipally-owned broadband networks, lowering bills and providing access to people in parts of the United States that may live in underserved areas.

At least 800 communities are currently being served by municipally-owned Internet or a co-operative, according to a map from the Institute for Local Self-Reliance.

Chattanooga, Tenn. has long been pointed to as the role model. In 2010, the city built a fiber optic network that boasts a speed of 1-gigabit per second, turning the city into an Internet service provider. Sanders wants to see that model replicated in other cities.

“These have been very successful in rural and underserved areas, but there are actually many urban broadband deserts as well. [Municipally-owned providers] are extremely fast, reliable, and cheap,” says Stager, adding that cable giants “are probably overcharging us in urban areas for far worse services.”

Taplin says it’s a growing trend, but he thinks Sanders’ plan may not cost as much as the candidate thinks.

“These municipally owned utilities could do this,” he says. “But I don’t know if they need $150 billion, quite frankly.”