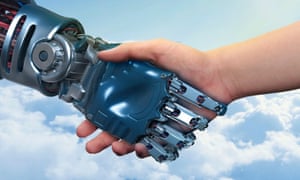 Philip Hammond said there would be an expansion in the national productivity investment fund which he launched last year. The fund would rise from £23bn to £31bn to help kickstart improvements in efficiency levels across the UK.

Productivity, as measured by the economic output per hour generated by workers, is a watchword across Whitehall, the City and Bank of England because failure to raise the rate of productivity growth significantly will prevent the economy from growing at speed over the next 10 years.

The steps announced by Hammond could also help lift the pay of British workers, should they boost the amount of work they can achieve.

Plans outlined in the budget include:

Persistently weak productivity growth since the financial crisis forced the Office for Budget Responsibility, the government’s independent economic forecaster, to slash its growth expectations for the country. That has weakened the public finances just as ministers hold talks with Brussels over leaving the EU, which could send a further shockwave through the economy.

David Sproul, senior partner and chief executive of the accountancy firm Deloitte UK, said: “With the OBR downgrading the outlook for UK productivity, the chancellor is hoping improving digital and construction skills will provide a much-needed boost.”

Hammond outlined how he wanted to bolster the number of high-tech companies in Britain, announcing £500m for a range of initiatives, from support for AI – the technology that allows computers to replicate humans, by driving cars for instance – to faster internet and mobile phone infrastructure.

“A new tech business is founded in Britain every hour. And I want that to be every half hour,” he said.

Further measures designed to boost productivity will also form part of the government’s industrial strategy, due to be published on Monday.

The £2.5bn earmarked by the chancellor for the British Business Bank (which was started by Vince Cable under the coalition government to lend to small firms) was also part of measures to unlock £20bn of funding to help finance fast-growing companies over 10 years.

The support for startups was designed with the help of Damon Buffini, a former private equity mogul; the state will invest alongside the private sector.

The government will also double the annual allowance for people investing through the Enterprise Investment Scheme, which provides tax relief on investments made in small firms.

Business lobbying groups broadly gave a warm reception to the budget, which had listened to their concerns, but warned that more needed to be done to convince companies to invest against the backdrop of Brexit. Business-friendly measures such as maintaining the VAT registration threshold and investing in transport for the “northern powerhouse” amounted to “a good budget for the country in tough times”, according to the CBI lobby group.

But Stephen Martin, director general of the Institute of Directors, said it was a case of too little too late for many UK firms which needed more from a budget that was more notable for what it omitted than for what it included.

The British Chambers of Commerce said that while a number of budget announcements would support business communities in the short term, more would be needed over the coming months as Brexit loomed.

“Businesses will expect greater boldness from the chancellor, and more radical support for infrastructure and investment, once a Brexit transition period is secured and the shape of a UK-EU deal becomes clearer,” said Adam Marshall, director general of the BCC.