Catalonia latest: ‘There will be violence’ Clashes expected ahead of Puigdemont arrest 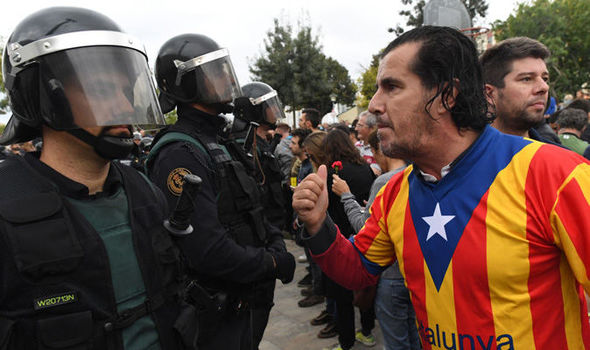 Violence mirroring the brutality of the referendum is to be expected as peaceful protesters meet Spain’s civil guard and supporters await the arrest of Catalan leader Carles Puigdemont, an expert has predicted.

Dr Sally-Ann Kitts, senior lecturer in Hispanic and Catalan Studies at the University of Bristol, told Express.co.uk she would be “amazed” if there was no violence as tensions continue to escalate.

She said: “The civil guard and the national police never left Catalonia. They will be deployed and meet with large groups of Catalan people providing peaceful resistance.

“The images we saw on 1st October, people standing with their hands up in this sort of stand-off, and eventually the guards charged forward riot shields and batons – I really will be amazed if we don’t see more of that, sadly.

“For example if they go to arrest Puigdemont I imagine there will be a very large group of people outside the parliament who want to stop them from doing that. This sort of thing I think, tragically, is going to happen.”

She said: “I think they’ve been pretty clear that they’re going to arrest Puigdemont, they’ll probably arrest Carme Forcadell the president of the Catalan parliament as well. We don’t know many people they will arrest, it could be a lot. 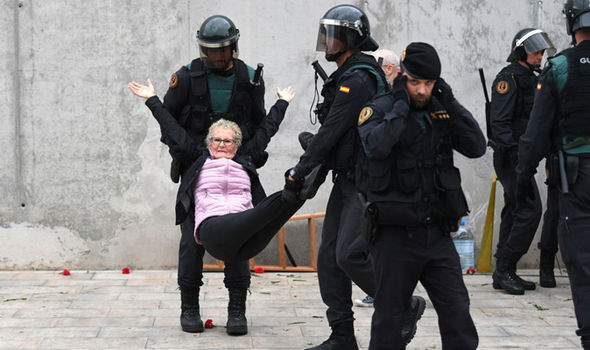 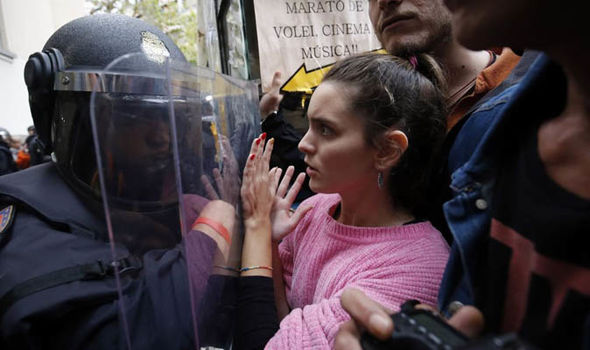 “It was noticeable that they did a secret ballot on independence, which could help to protect them.

This hard line approach will be met by peaceful protest, as Catalan leader Mr Puigdemont has encouraged, and it is highly likely clashes will ensue, Dr Kitts believes.

She added this was clearly not the best way forward, however Mr Rajoy and politicians in Madrid were unlikely to commence dialogue with Catalonia’s leaders as they had rejected several approaches already.