Classroom Technology Is Indoctrinating Students Into A Culture Of Surveillance 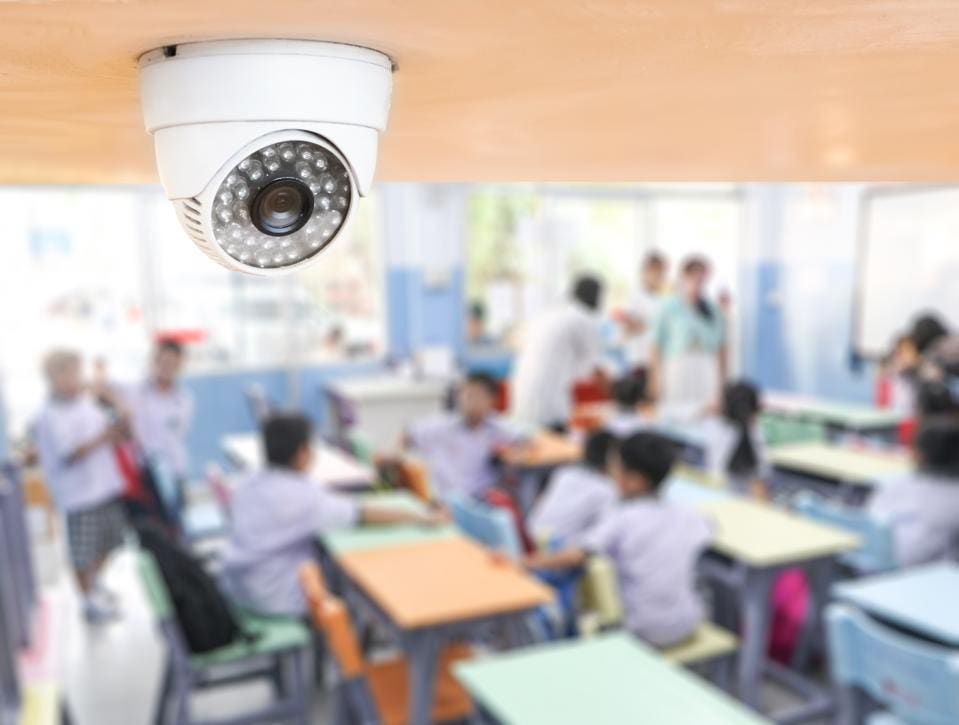 Are you disturbed by news of China’s social credit system, whereby citizens are tracked, their actions graded, and this quantitative data is then used to score their integrity and determine what jobs and other privileges they have access to? Then what if I told you there was a similar system at play in K-12 schools all over the US (and much of the rest of the world) that parents and school administrators apply to children?

According to EdSurge, “Class Dojo is an online behavior management system intended to foster positive student behaviors and classroom culture. Students earn ‘Dojo Points’ based on their classroom conduct.” The software’s website claims that it is “actively used in 95% of all K-8 schools in the U.S. and 180 countries” with “1 in 6 U.S. families with a child under 14” using ClassDojo every day.

But a new paper from researchers at the University of South Australia sheds some useful light on just how distressing the use of this technology can be. Their paper, titled “The datafication of discipline: ClassDojo, surveillance and a performative classroom culture” was published last month in the journal Learning, Media, and Technology.

Their research found that ClassDojo, one of the most ubiquitous tools used to manage classrooms and students, not only indoctrinates students into a surveillance culture, but is also susceptible to security breaches that put student data at risk. In their paper, the researchers point out that:

It was first launched as a behaviour tracking and feedback tool; however, it quickly evolved to function with a much broader purpose and scope. In its current form it resembles a school-based social media platform that incorporates a prominent gamified behaviour-shaping function, providing school communities with a centralised digital network in which access to, and interaction between members of the school community takes place.

Currently, independent research on ClassDojo is limited, despite its widespread use. The few other studies that have been published have also been critical of the platform, claiming that it functions as a “technology of control,” enacting policies aimed at changing the behavior of students in a way that ignores social and cultural factors in favor of instituting a strict, classical approach to monitoring and grading behavior.

Even studies that have compared the data produced by ClassDojo to more traditional note-taking methods and found that the software produces more data have shied away from recommending its use because of lingering concerns about student shaming, data privacy, and equality of access among families of different socio-economic statuses.

While schools have always monitored students’ behavior and employed grading methods that don’t always take into account creativity and alternate styles of expression, the valorization of data has made this all the more prominent and, worse yet, has fooled people into thinking that the data being gathered is far more objective just because technology is involved. But software is programmed by humans and their biases get programmed in as well, so these analytics are anything but an objective measurement of a child’s capabilities.

Schools have always been sites of surveillance. Education exists alongside training in appropriate behavior, an appreciation for a region’s social values, and punishment for non-compliance with the rules. In order to successfully “teach” a student, educators much monitor their work and behavior. In an age of overworked teachers and understaffed schools, many administrators have found technology to be the answer to monitoring students more closely. Parents have willfully signed onto this thinking that their kids are getting more attention and that the data produced will help rectify any intellectual or behavioral issues.

But the researchers warn that “ClassDojo’s application in schools is part of, and contributing to, the expansion of established surveillance trajectories within contemporary education.” It relies on compliance techniques and encourages a classroom culture where children perform within a strict set of guidelines instead of developing their own unique approach to engaging with the world. The researchers further claim:

This reduction of students to data points based on the performance of behaviour facilitates data-driven techniques of governance that function through the classification, ranking and comparison of students. Furthermore, this process encourages a view of behaviour that is decontextualised and situated entirely within the student, possibly producing flawed behavioural data.

There are also issues with the gamification of learning inherent in the ClassDojo system. While it’s technically a tool used to track student behavior and provide immediate feedback to students, teachers, and parents, it also utilizes a points system, leader board, badges, and avatars to gauge and reward progress. The researchers are appropriately critical of the gamification of learning:

Through these techniques, ClassDojo transforms school discipline into a game in which the datafication of student behaviour is a critical aspect. This occurs through the application of playful frames in what is traditionally a serious educational space, while simultaneously leveraging surveillance to evoke behaviour change in students.

The appeal of this technology is obvious as teachers face increasing pressure to quantify student progress and provide updates on behavioral transgressions. The researchers are sympathetic to this, but point out that this system of encouraging obedience is flawed.

This type of disciplinary approach provides teachers with the allure of a behavioural quick fix while appealing to a broadly accepted, uncritical, common-sense logic that rewards are an effective and efficient means to get children to do what they are told. This is despite a strong body of research demonstrating that rewards undermine intrinsic motivation and the development of self-regulation, questioning their use as a strategy to achieve long-lasting behaviour change. Such behaviour control strategies offer teachers practical means to produce obedient students, but ignore the lessons of educational research on effective approaches to discipline.

It’s also worth noting that ClassDojo requires a tremendous amount of data input and instead of taking pressure off of teachers, it requires them to monitor students constantly in order to catch actions that can be input into the student’s file for analysis.

This datification of students and the ease with which it is shared with caregivers seems beneficial at first, and no doubt it does catch behavioral issues that can be rectified before they become worse. But a strict system of surveillance and quantification of behavior that is now shared with parents also runs the risk of interfering with family dynamics. Behaviors that do not fit the status quo are now reported to parents with the expectation that they will “fix” them. The researchers suggest that with ClassDojo:

Teachers are able to recruit parents as correctional resources to reinforce classroom behaviours outside of school hours. Therefore, it is evident that if teachers modify their practice to implement ClassDojo according to company recommendations, students will be subject to an intensification of surveillance at school that encroaches into their homes, extending school-based disciplinary regimes further into the lives of young people.

The constant visibility of behavior and the obsession with conformity turns students into mere cogs in the state machine. They “are trained, separated, differentiated and analysed down to individual segments; they are objectified in a way that constrains autonomy and reduces them to visible data representations of behavior.” By creating a standard behavioral model, this platform seeks to define and measure the normality of a student and saddle them with labels that may have little to do with their actual future success.

Finally, it’s worth considering the amount of data about students that needs to be collected and stored in order to make ClassDojo work. Unfortunately, the education sector is one of the most vulnerable when it comes to not only hacking but poor security leading to data leaks. There has been a 75% jump in data security incidents over the last two years.

Last year the FBI released a warning to parents, schools, and educational technology (EdTech) developers that security breaches in schools are on the rise and that much of the software used in K-12 institutions collects student data without securing it properly. Both classroom technology and administrative software are at risk of being hacked, potentially exposing children’s academic data and even behavioral and disciplinary information. Unauthorized access or just lazy handling and poor security can leave this data exposed, resulting in everything from extortion to identity theft. The implications for children’s futures are frightening to think about.

It’s clear that there’s a lot to consider when it comes to the seemingly unquestioned use of EdTech tools like ClassDojo. Children are a vulnerable population when it comes to data security since they don’t have the tools to secure their information themselves. It’s up to adults to do this for them, and the proliferation of unsecured technology that gathers sensitive data about them every minute they spend in the classroom is not helping.

It will be critical to not only take a closer look at the usefulness of monitoring and scoring student obedience and using it a predictor of success, but to examine ways of keeping this data secure if it continues to grow.