Corbyn in ‘reach out’ pledge to Labour MPs 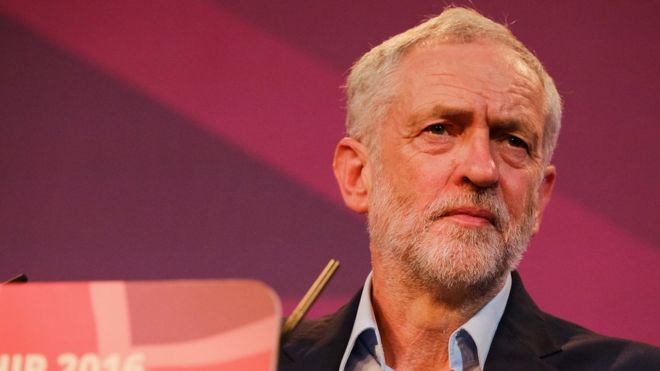 Jeremy Corbyn has said he will “reach out” to Labour MPs if he is re-elected as the party’s leader this week.

Speaking to BBC Radio 4’s Today programme, he said he would build on the support he received at rallies to reconnect the party to voters.

He rejected criticism from those who say he is mistaking the enthusiasm of his backers for wider electoral appeal.

Labour will announce whether Mr Corbyn or Owen Smith have won the leadership contest on 24 September.

Ahead of the vote, Mr Smith accused Mr Corbyn of seeking to “deepen divisions” between the party’s membership – seen as overwhelmingly in favour of the leader – and its MPs – who are largely opposed to him.

But asked if he would quit as leader if he thought he could not take the party to power, Mr Corbyn told Today he was “determined” to lead it into the next general election and said it could win.

Referring to the “diverse” crowds of tens of thousands of people who have attended his leadership rallies in recent weeks, Mr Corbyn said they showed “there is an interest in politics… that then becomes surely a very strong campaigning base for the Labour movement”.

He added: “I think you’ll see it begin to play out, particularly in the local elections next year and after that.”

In June, 20 members of the shadow cabinet resigned, and one was sacked, over differences with Mr Corbyn.

Five told the BBC on Sunday they would return if asked by Mr Corbyn should he be re-elected, while nine others said they would stand if shadow cabinet elections were revived.

Mr Corbyn told Today he would “reach out to” Labour MPs who have opposed his leadership “as I’ve reached out to them in the past”.

He said: “I have made it my business to talk to quite a lot of Labour MPs and will continue to do so and I hope they will understand that we’ve been elected as Labour MPs…

“It doesn’t mean everybody agrees on everything all the time – that I understand – but the general direction of opposition to austerity, opposing the Tories on grammar schools, those are actually the kind of things that unite the party.”

On Tuesday, Labour’s national executive committee meets and will consider a plan put forward by deputy leader Tom Watson to allow the parliamentary party – its MPs and peers currently serving in Westminster – to elect the shadow cabinet, as part of efforts to reunite the party as a whole.

At the moment they are appointed by the leader.

Newspaper reports suggested that, under the new plan, a third of Labour’s top team could be elected by the parliamentary party, another third by the party membership, and the final third chosen by the leader.

Mr Corbyn has not given his support to the proposal but has indicated he would back members having a say.