D.Va is now playable on the Heroes of the Storm PTR

Blizzard said a couple of weeks ago that the Overwatch mech pilot D.Va was on her way to the Heroes of the Storm lineup at some indeterminate, but presumably not-too-far-off, point in the future. That day is now upon us, at least partially, as she is now playable on the HotS PTR, with “two separate and distinct playstyles” based on whether or not she’s inside her mech.

“While in Mech mode, D.Va has high health and mobility, allowing her to dive in and ‘bully’ the enemy team. In Pilot mode, D.Va deals high damage but has low health. Attacking enemies will get her back into her mech sooner, but also puts her at risk of dying,” the new ‘Spotlight’ video explains. “D.Va automatically enters Pilot mode when her mech is destroyed, allowing her a chance to escape. Keep in mind that this is D.Va’s only form of survivability.”

D.Va relies primarily on boosters for mobility while in Mech mode, which also enables her to cause damage to enemy units she collides with. She’s also able to deploy a “defense matrix” that “significantly reduces the damage of enemy heroes” at the cost of her own offensive capabilties, and when things go really sideways the charge-based Self-destruct mode will knock back enemies and deal damage across a large area. 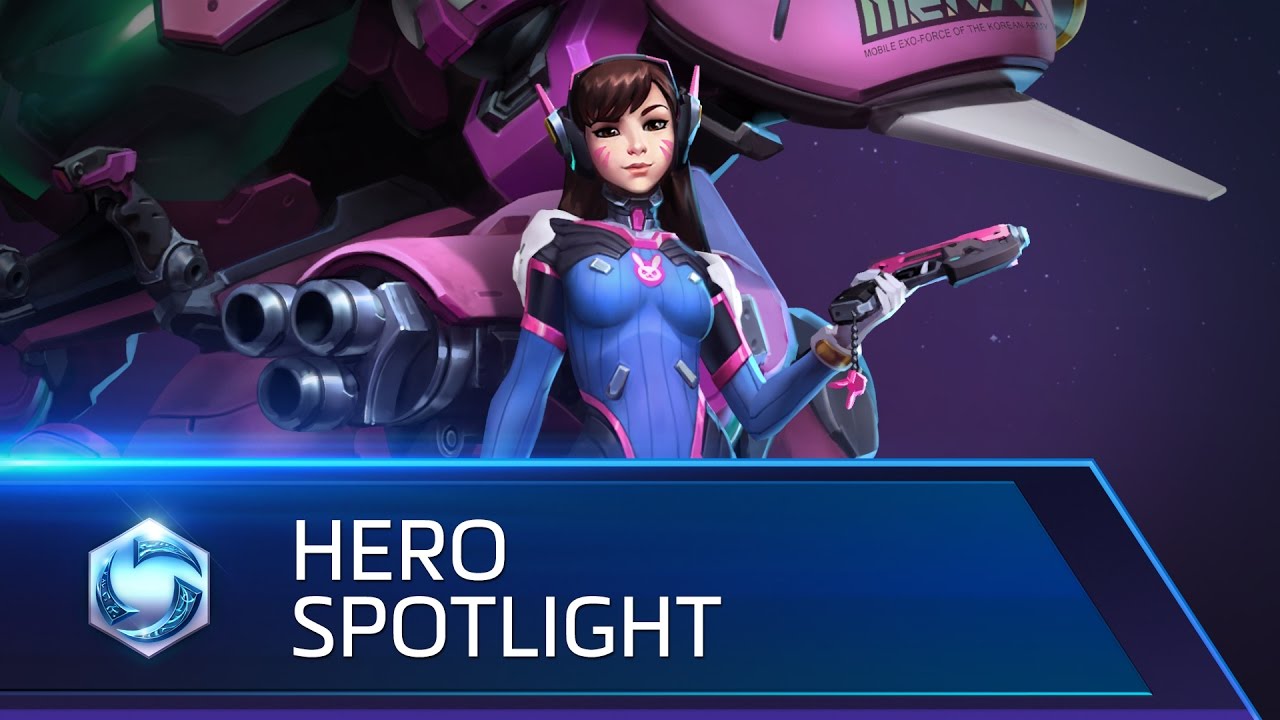 When in Pilot mode, she can use her Call Mech ability to re-enter Mech mode after a cooldown period has passed. Her Pilot mode heroic ability, Big Shot, will significantly reduce the Call Mech cooldown timer, while the Mech-based Bunny Hop makes her “unstoppable,” while dealing damage and slowing all nearby enemies.

A detailed breakdown of D.Va’s Heroes of the Storm abilities, as well as the other PTR tweaks and changes, are available on Battle.net. This round of playtesting is scheduled to run until May 15.