Like previous games in the Souls franchise, Dark Souls III has multiple endings to unlock. However, the ways to get these endings require you to follow a specific set of steps. Below, you can find directions detailing what you need to do to trigger each of the game’s three endings. Be wary; there are major spoilers below.

Ending 1: To Link the First Flame

To Link the First Flame is the easiest ending to obtain in Dark Souls III. To get this ending, simply reach the final boss–the Soul of Cinder. After you defeat him, interact with the bonfire that appears near the edge of the area to trigger the ending cutscene.

Usurping the Fire is the next ending you can get. To trigger this ending, you’re going to need an item called the Eyes of Firekeeper. Below you can find directions on how to obtain it.

It’s possible to trigger an alternate version of the Usurping the Fire ending. This version requires you to complete the steps above, but with one slight variation. Instead of doing nothing after you summon the Firekeeper, you need to kill her. After the initial ending cutscene, you have a small opening to attack the Firekeeper as the fire fades in her hands. Killing her will then cause the alternate version of the ending to occur. 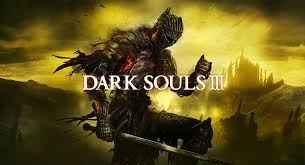 Lord of Hollows is arguably one of the best endings you can get in Dark Souls III. It also requires more work to obtain than the endings above. Below you can find directions detailing everything you need to do to trigger it.