DEAD SKIN CELLS COULD BE SLOWING DOWN YOUR COMPUTER, EXPERT REVEALS 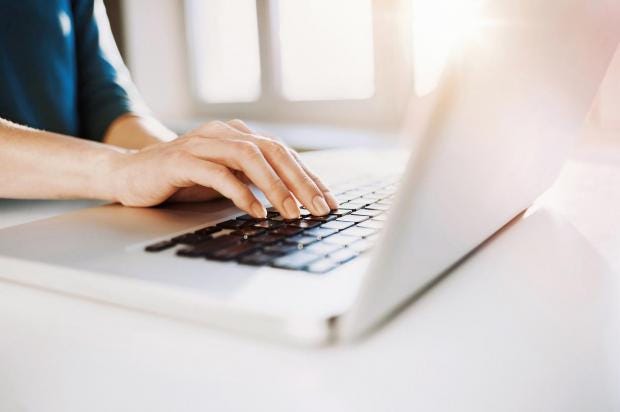 A computer expert has revealed why your computer could be running slowly – and the reason might just make your skin crawl.

There are few things more infuriating than when your laptop starts to whizz and whirr, not to mention the dreaded rainbow wheel of doom that all Mac users fear, but what exactly causes it crash?

To find out, WFTS, a local news station in Tampa Florida, spoke to the team at Best Buy’s Geek Squad who offered some useful suggestions to help improve the speed of your computer.

But, apart from deleting temporary files, unused apps and old programs, they revealed that the number one offender for slowing down your PC could be your own dead skin.

“A lot of dust, food and other junk builds up in your computer and especially your fans inside your computer,” said Geek Squad team member Adam Silkey.

“Those are what keeps your computer cool and keeps it speedy.”

That’s right, the dust that Silkey mentions is clogging up your tech is mainly made up of dead human skin. Gross, yes, but fear not, because there are things you can do to tackle it.

To prevent build-up Silkey suggests using cans of compressed air to blow out the inside of your computer and keyboard at least every six months.

But, with studies showing that keyboards can hold up to five times more bacteria than a toilet seat – including harmful E.Coli and staphylococcus – cleaning expert Roxanna Pelka from Helpling – an online marketplace for home services – there is more that you should be doing.

“To clean the screen, mouse and other flat surfaces you should turn everything off and then wipe a microfiber cloth,” Pelka told The Independent.

“For a deeper clean though, you can disinfect and remove excess dirt by using a mixture of water and alcohol or water and vinegar – just a little bit though, don’t flood it.

“When it comes to the keyboard, clean it by using a big soft brush to dust or you can spray compressed air to remove the dirt between the keys.

“Similarly, you can use a cloth dampened with alcohol to remove stains but don’t apply too liberally.”

If you find that your computer is still slowing down or overheating, Pelka also suggests carefully blowing out some of the dust in the fan with a can of compressed air but warns against using a vacuum as this can damage the components.