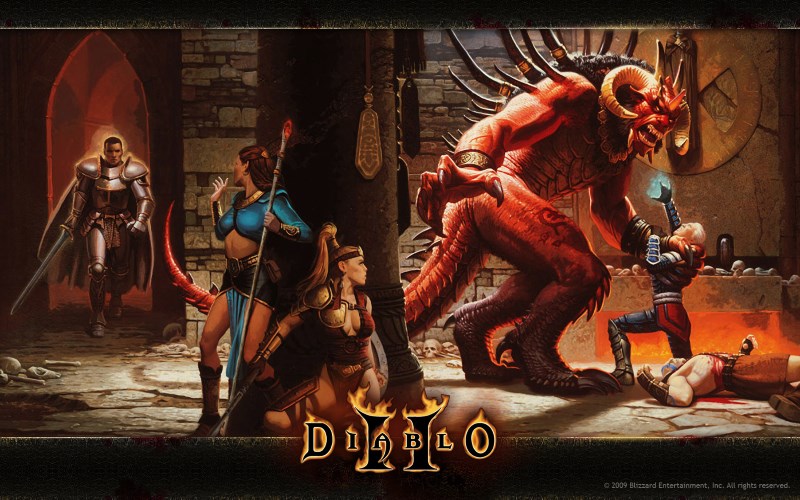 This is the first update in over five years, and is aimed at providing users of Windows 7 and beyond with a smoother experience, and allow people running OS X 10.10 or 10.11 to play the game. Previously, anyone on Windows 7, 8.1 or 10 had to run the game on XP compatibility mode while Mac owners lost support after Apple switched to Intel processors.

“It’s been a long time coming, but today we’re releasing 1.14a for Diablo II,” the company said in a statement. “This update focuses on system glitches introduced by modern operating systems. In related news, you can finally retire those old Mac PowerPCs. Included with the update is a shiny new installer for OSX.”

“We’ve also begun working to improve our cheat-detection and hack-prevention capabilities. There’s still work to be done, but we’re making improvements every day.”

“There is still a large Diablo II community around the world, and we thank you for continuing to play and slay with us. This journey starts by making Diablo II run on modern platforms, but it does not end there.”

The game went offline at 2pm Pacific Time on Thursday (Friday morning 3:30am IST) and the servers were back up running six hours later. There seems to be have been problems with the Mac installerthough, so you’ll have to wait a bit longer if you were hoping to get the game running on OS X 10.10 / 10.11. Do note that the game does not support OS X 10.9 or earlier.

As for “does not end there” part, it is possible that Blizzard may be working on a remaster of the series for modern systems including PlayStation 4 and Xbox One.