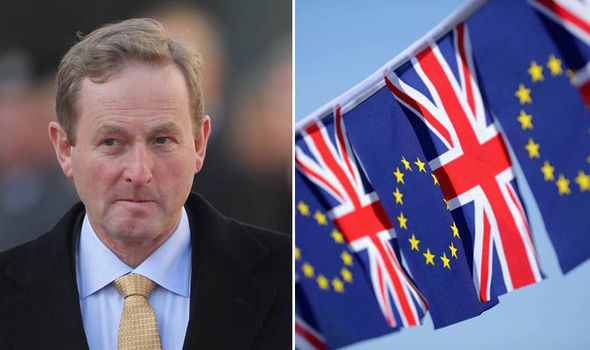 David Davis, the Secretary of State for leaving the European Union, said last week that it was pressing for a “unique” deal with the EU to restore sovereignty, reduce immigration by controlling its borders and boost trade with the bloc after the split.

But European leaders have warned Britain that it cannot cherry pick which rules it follows if it wants to continue to have unfettered access to Europe’s markets.

“Let me tell you that around the European Council table, that is an issue that will not be given in on,” Mr Kenny said in an interview with Ireland’s Newstalk radio station.

He said the issue had been “very directly addressed” by European leaders to the British government.

Mr Kenny said the British government did not appear to have a clear position on what form of Brexit it was trying to achieve.

“They don’t have a definite horizon as to where they want to be,” he said.

However, a survey by leading accountancy firm BDO paints a different picture.

The survey comes as more record official employment figures are expected to be published this week.

And separate data yesterday showed that the share of UK trade coming from outside the EU was soaring.

The BDO Optimism Index, which predicts growth six months ahead, was up to 98.7 last month from 97.9 in July.

The figure was well above the 95.0 level which would indicate the start of a recession.

BDO said the figure was heading towards the 100 mark achieved last summer, signalling a UK long-term trend growth rate of just over 2 per cent.