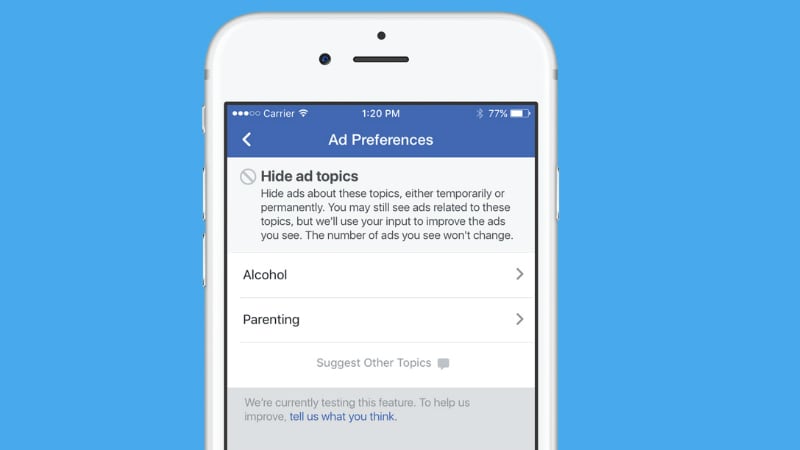 Facebook tests a lot of features before deciding to go to public with it. Two such features have come to light, one being the ability to make a group call on desktop Messenger, and the other being able to block insensitive ads.

The first one brings the ability to make a group call on desktop Messenger. Facebook first introduced group voice calling to the app in April this year, and now it is looking to see if the audience wants it on their desktop screens as well. TechCrunch reports that if you wish to see whether this feature has been activated on your account, open Facebook on your laptop/PC, and open a group chat. If a phone call icon appears on the top right of the chat box, you can successfully click on it to invite members of the group in a conference call.

The other new feature introduces the power to block insensitive and hurtful ads. Facebook rolls out ads mostly based on browsing habits and preferences, but they can sometimes hurt the sentiments of users. To prevent this, Ad Age reports that Facebook is looking to allow users to select topics that are sensitive to them, and give them the ability to block ads based on those topics completely. For now, Facebook has only added alcohol and parenting as sensitive topics, but it looks to add more in the future. You can see if this feature is activated or not by clicking on the ‘more’ icon on an advert, and then select Why am I seeing this > Manage advert preferences > Hide ad topics.

Both these features are in test mode, so only select users are able to see this for now. We’re not sure if the group calling feature on desktop will allow users to talk to 50 people at once or not, but if it’s there on the app, we don’t see why it won’t be added to the desktop as well.