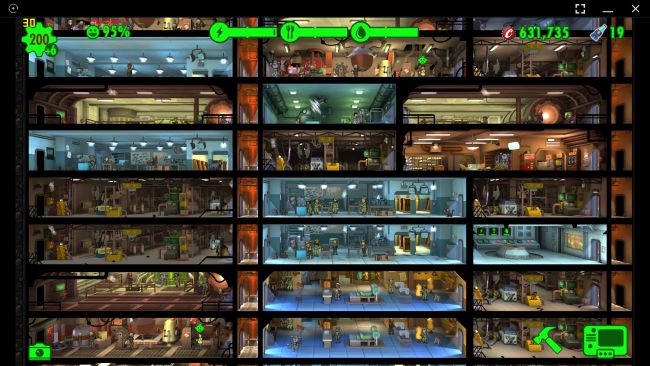 The vault overseer sim Fallout Shelter was released for the PC last summer, following its original launch as a mobile game a year earlier. And now it’s coming to us again, this time on the Windows 10 store as an Xbox Play Anywhere game.

There’s no indication of any new content in the Windows 10 edition, but as a Play Anywhere game, players will be able to move seamlessly between the PC and Xbox One, sharing their saves, progress, and achievements between them. It has also been “fully adapted to work with the Xbox One controller, so players can experience Vault life bigger and better, right from their TV,” Microsoft said.

The Windows 10 version of Fallout Shelter will go live on the Windows Store on February 7. Sadly, there’s still no sign of it appearing on Steam: The original PC release requires the use of Bethesda’s own launcher.