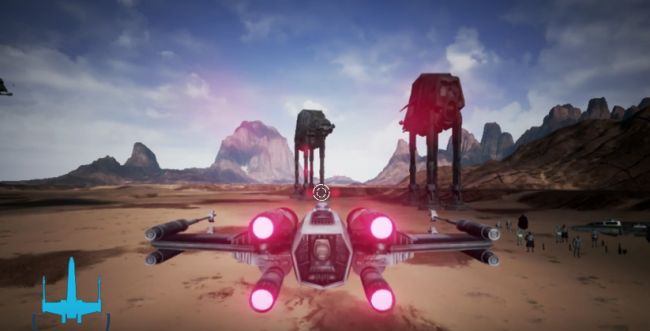 In June, FPS Frontwire Studios-creators of the unofficial Star Wars- announced Galaxy in Turmoil had been given the go-ahead from Valve to be shared for free on Steam. In a blog post shared on the Frontwire website yesterday, however, company president Tony Romanelli confirmed LucasFilm has issued a cease and desist order halting development immediately.

“On Wednesday June 22, 2016, we received a letter from Lucasfilm requesting that we halt production of Galaxy in Turmoil with any Star Wars related IP at once,” says Romanelli. “Rather than laying down at the first sign of trouble, I requested a meeting with the Lucasfilm executives to discuss our project and to find some common ground to work with. Honestly, I didn’t expect too much negotiation to occur. But much to my surprise, executives at the top of Lucasfilm agreed to meet. A week later, that meeting took place.”

Romanelli explains that although LucasFilm were “open to the idea” of working out a Star Wars-related license deal with Frontwire, its contract with EA does not allow it. He says that the latter’s concern lay with the possibility of Galaxy in Turmoil “taking away attention from their Battlefront franchise.” He in turn suggested the idea of putting Galaxy in Turmoil behind EA’s paywall, but this was also rejected.

Although keen to stress the fact he and Frontwire have no hard feelings toward LucasFilm or EA, Romanelli goes on to discuss what the future holds for Galaxy in Turmoil.

“Our highly publicized project as you have come to know it will no longer be a Star Wars game inspired by Battlefront,” he says. “Upon speaking with Lucasfilm, they informed us that they have no issue with a Battlefront inspired game that is not using the Star Wars IP itself. Regardless of what some have said, all of our code, sounds and many other non-Star Wars assets have been created in-house, which means they are indeed owned by us.

“Going forward, Frontwire Studios will be pivoting away from Star Wars and embarking on a mission to create a new, original game in a never before seen universe. Our game will still have massive 64-player battles, ground-to-space combat, destructible capital ships, and a full single-player campaign. We will also still be releasing Galaxy in Turmoil on Steam as planned and it will remain a free game.”

The full Galaxy in Turmoil post can be found this way, which includes some pretty neat, although now unusable, concept artwork.