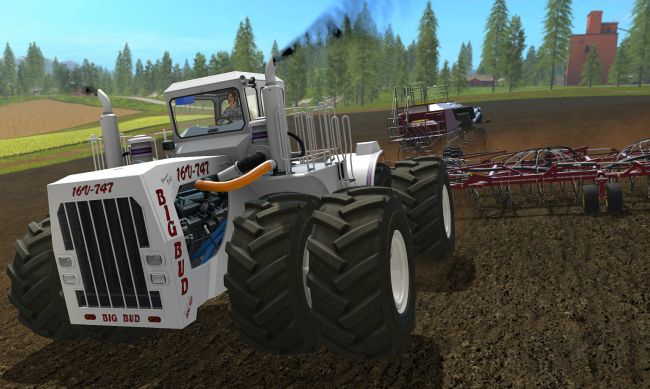 Part of what makes simulation games so enjoyable is the thought of mastering their multiple moving parts. You probably never will—that’s another reason why they’re so enjoyable—but that hardly stops you from seeking to sign the most expensive football players, building the most energy efficient cities, or driving the world’s largest tractors. Farming Simulator 2017’s latest DLC lets you do the latter with the introduction of the Big Bud 747.

The aptly named ‘Big Bud Pack’ is the game’s latest DLC, which also adds the 747’s smaller 450 counterpart. Furthermore, 12 “enormous” pieces of farming equipment—including cultivators, wagons, spreaders, and plows—are now available, the sum of which “will allow players to work their fields with incredible speed and efficiency, thanks to a huge working width of up to 25 meters.”

According to the comments on this Steam community thread, Farming Simulator 2017’s Big Bud Pack expansion can be downloaded as of 4.30pm BST/8.30am PST, however it appears to be available right now via the game’s official site. It’ll set you back £12.99/$14.99 if you’re interested.