Final Fantasy 15 on PS4 Will Include VR Experience, But Not Right Away 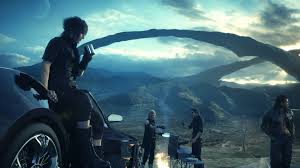 One of the surprises from Sony’s E3 2016 press conference was the reveal of aFinal Fantasy XV experience for the PlayStation VR headset. On GameSpot’s E3 stage today, series director Hajime Tabata talked more about the project, explaining that Square Enix is not thinking of it as a separate product.

When asked whether Final Fantasy XV owners on PS4 will get the experience for free with the base game or if they’ll have to buy it separately, Tabata clarified that it is very much part of the whole game. “We aren’t thinking about marketing it as a separate project at all,” he told GameSpot through a translator. “It really is something extra to be enjoyed by the people who purchased the game.”

However, while it sounds like PS4 owners will get access to it for buying the base game, it will not be coming right away. It makes sense that it won’t be at launch: Final Fantasy comes out on September 30 and the PS VR headset will be available on October 13. Tabata states that Square Enix will likely release the VR part of the game as a content drop later on. “We’re thinking it’ll probably be a DLC release later for the game,” he continued. “It really is our core belief that we should satisfy the people who buy the game that we’ve made as much as possible; we also want them to play for as long as possible too so it really does help with that—gives them something extra.”

Keep an eye on the GameSpot E3 hub and our livestream all this week for more news coming out of the conference.