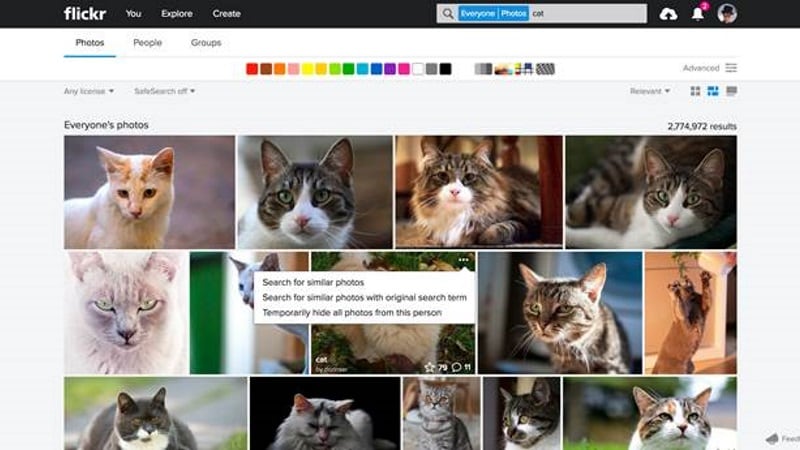 Yahoo on Tuesday announced the introduction of the Similarity Search feature to its Flickr image sharing service. Similarity Search will help users find relevant images with ease. As the process of finding images with tags and description has several limitations, Flickr now uses deep neural networks or machine learning to ensure that it provides you with the most relevant images.

The Internet giant has explained how to use the new feature, by giving an example of a user searching for images of tabby cats. “Now with the Similarity Search feature, you can simply hover over an image of a cat and click the ‘…’ menu. From there, Flickr will show you photos that look similar. No more guessing the search terms that would give you the most relevant results!” the company said in its release.

As the technique makes use of deep neural networks to find the similarity based on the semantic content of two images, it is further expected to improve over time. “We have been using deep neural networks at Flickr for a while for various tasks such as object recognition, NSFW prediction, and even prediction of aesthetic quality,” Clayton Mellina, Software Development Engineer at Yahoo, said in a post. If you need to understand the process of determining similar images, you can head to Mellina’s post and read the detailed explanation of the process.

Considering that Flickr currently plays a host to billions of images, this certainly seems like a welcome addition to the service and is likely to save users from the frustration of manually trying to find similar images. However, it should be noted that this kind of search feature has already been available with photo applications such as Google Photos, as well as Google Search.