Google has a pair of devices on the way and after an avalanche of conflicting rumors, we can safely say that these will come courtesy of HTC, bear the Pixel and Pixel XL monikers (no Nexus branding) and likely arrive on October 4.

We also have a pretty good concept of the design of the pair, mostly thanks to a recent set of live photos, offering a side-by side comparison. Of course, there are many renders to go by as well, but today brings some of the clearest to date. 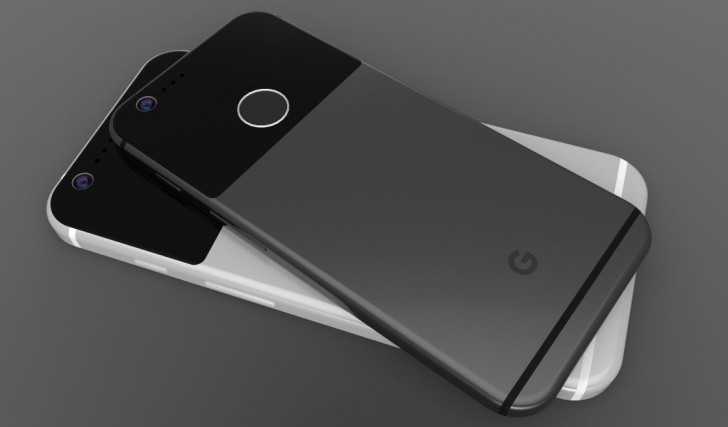 The pictures in question definitely show a Pixel device, but it is hard to tell whether it is the 5-inch or the 5.5-inch one. Regardless, if the aforementioned live images are to be believed, the two should have an identical design. That being said, the new leak offers a clear view of the antenna lines on the back and extending to the sides. The new single “G” branding on the back is also clearly visible and so is the primary control placement, including the buttons on the side and the round fingerprint reader.

It is interesting to note that the lower half of the back is wrapped in metal, while there’s a different color glass or plastic on the top. While not necessarily universally appealing, it is a unique design for sure.