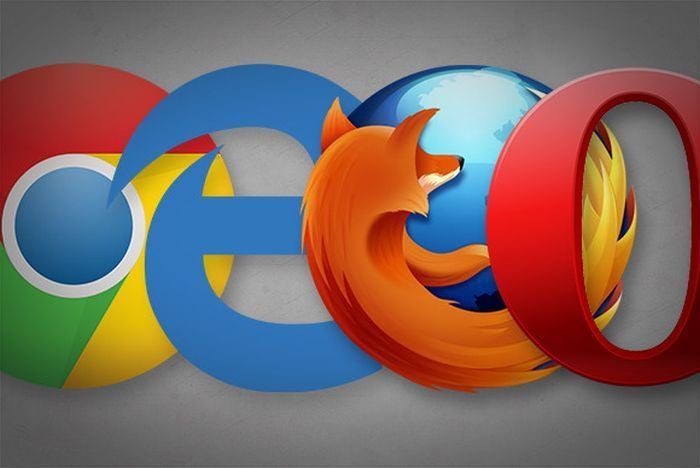 Google on Tuesday rolled out an enterprise bundle that packages Chrome, management templates and an add-on for dealing with legacy sites and apps, building on the chokehold its browser has on the web.

The collection — prosaically dubbed “enterprise bundle” — includes a Chrome installer (in .msi format), the Legacy Browser Support (LBS) add-on, and a set of templates for applying group policies to Chrome within the company. It was essentially a convenience, since all its components have been available separately.

“The new bundle includes multiple tools in a single download that IT admins need for a simple, managed deployment,” boasted Matt Blumberg, a Chrome product manager on Google’s enterprise and education team, in a post to a company blog.

“Every couple of years, Google makes noise about Chrome in the enterprise,” said Gary Schare, president of Browsium, a maker of browser management tools. Schare was formerly the head of product management for Microsoft’s Internet Explorer (IE). “This looks like Google is trying to make Chrome a better citizen in the enterprise.”

Schare applauded the group policy templates, noting that because Microsoft’s own browsers, IE as well as Windows 10’s Edge, have traditionally been the best equipped for enterprise management, any help from Google on Chrome would be welcome.

The LSB add-on has long been available from the Chrome Web Store, Google’s authorized mart for browser extensions. Once configured by company IT administrators, LSB will automatically open IE11 when links clicked within Chrome lead to websites, web services or web apps requiring, for example, an ActiveX control or Java, neither of which Google’s browser supports.

“When they’re done with the legacy app and type in other URLs that are not specified by the admin, LBS will switch the user back to Chrome,” Blumberg explained.

Browsium calls that “traffic routing,” the purpose of the Redmond, Wash. firm’s first app, Catalyst. Schare acknowledged that Google’s free LSB is similar to Catalyst, but argued that the latter offers more granular control over what version of the IE rendering engine is called up in specific circumstances.

According to every available metric, Chrome is the most popular browser on the planet. Analytics vendor Net Applications, for instance, pegged its user share, a proxy for the percentage of the world’s desktops that opened Chrome during April, at 59%, a record. As recently as a year ago, Microsoft’s duo of IE and Edge topped the user share chart; Chrome’s share exploded in 2016, largely because Microsoft gave users a Hobson’s choice of upgrading to a newer version of IE.

Instead, millions decided to switch browsers.

But Schare said IE is still king of the enterprise browsers. “IE is still the primary browser,” he asserted, even though Microsoft has reduced it to legacy status. “It’s still an IE world in the enterprise, although there have been dramatic increases in Chrome.”

The reason? Schare cited the huge number of web apps and intranet websites designed for old, now-defunct versions of IE. Because IE11 is — more or less — backwards compatible, and rivals like Chrome or Mozilla’s Firefox are decidedly not, companies stick with Microsoft’s browser rather than spend money to rewrite the apps and sites.

But Gartner Research disagreed with Schare’s contention that IE remains top dog. “Chrome is the de facto standard in the enterprise,” said Michael Silver, a Gartner analyst, in a Tuesday interview. “Yes, IE is still in use, but because it has to be.”

Two years ago, Gartner forecast that Chrome would surpass IE in enterprise usage by the end of 2015. That, in fact, came to pass.

Like Schare, whose company’s business model is predicated on multiple browsers within enterprises, Silver and Gartner have long recommended a two-browser strategy: One to handle legacy apps and sites, the other for everything else. Doing so lets employees access the old but does not punish them by making them access the web with a creaky, sub-standard browser. In that model, whether Schare’s or Silver’s, IE clearly plays the legacy role.

“[Enterprises] need both the legacy browser and a modern one,” Silver said.

It was only in 2015 that Microsoft offered its own “modern” browser, Edge, and pitched dual workplace browsers. But because Edge runs only on Windows 10, and because Windows 10 has yet to make a meaningful appearance on corporate PCs, the pair are unavailable to most customers. Thus, Chrome’s climb.

Silver echoed that. “We don’t find enterprises defaulting to Edge,” he said of those that have moved to Windows 10. “They’re more likely to let users pick whatever they want to use” for the “modern” half of the browser duo.

Google’s Chrome enterprise bundle can be downloaded from the company’s website. Chrome and the group policy templates can also be downloaded separately from the same site.