After literally dozens of leaks about it, the HTC 10 is finally set to become official next month. The Taiwanese smartphone company has used its Twitter account to unveil that the big announcement will happen on April 12 (one day later than rumored).

It seems like you’ll be able to watch a video stream of the introduction online on the HTC website. What isn’t very clear is whether the event will be online-only, or if HTC has planned something offline as well in the three cities mentioned in the image you can see below. 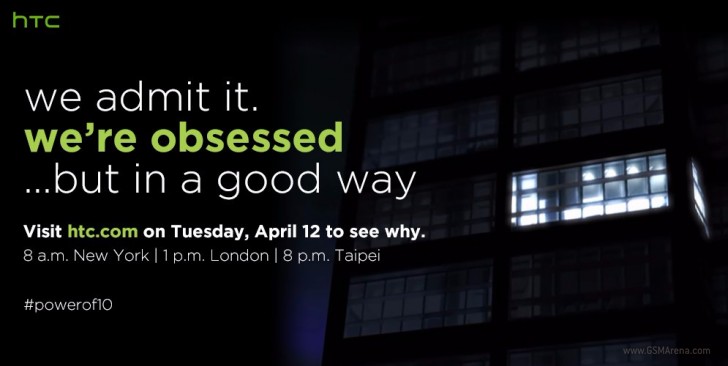 If there’s going to be a media event taking place somewhere in New York, London, and Taipei, then we’ll surely hear more about that once the company starts sending out invites.

Expect HTC’s teaser campaign for the 10 to continue until April 12, even though we already know pretty much everything about the device through past leaks, from what it looks like to its specs.