Huawei is holding a press conference at IFA on September 1, but the Mate 9 reportedly won’t become official at that point. Still, a successor to the Mate 8 from 2015 is clearly in the works already at the Chinese company, even if it does unveil it later in the year.

So far we’ve heard that the Mate 9 will sport a 5.9-inch 1080p touchscreen, the HiSilicon Kirin 960 chipset, 4GB of RAM, 64GB of storage, an 8 MP selfie camera, as well as Android 7.0 Nougat on board. The phone should have a dual rear camera arrangement on the back, following in the footsteps of the P9 (though the design is pretty different, as you can see from the newly leaked renders below). 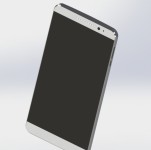 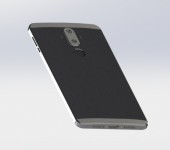 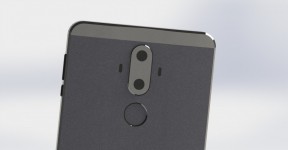 It’s unclear if the dual rear camera will get Leica branding like it did on the P9. There’s also a bit of a controversy regarding the resolution of the cameras, with a benchmark saying 12 MP but a rumor claiming 20 MP. The former is in fact what you can find in the P9, so if that’s the resolution here then we may be looking at the exact same dual camera unit.

As revealed by the images above, the Mate 9 will have a fingerprint scanner on its back, and the main camera array will get a LED flash and laser autofocus. The device will come with a metal build and it might feature very fast charging.