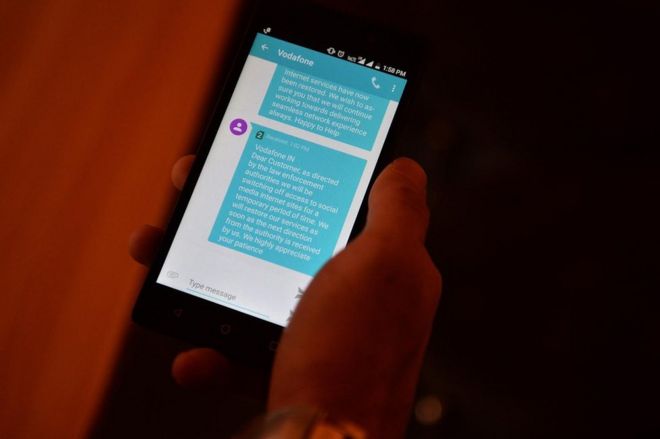 Authorities say they shut internet and telecommunications services to stop rumours during times of unrest.

Earlier this month, the government in the western state of Maharashtra shut down internet services after protests led by farmers turned violent.

Meenakshi Ganguly, South Asia director at Human Rights Watch, said the authorities’ concern about misuse of social media “should not be the default option to prevent social unrest”.

“The lack of transparency and failure to explain these shutdowns only further the perception that they are meant to suppress nonviolent reporting and criticism of the government,” she added.

The organisation, however, said that social media in India “has at times fuelled rumours leading to violence”.

But it advised the government to not fully shut services during protests.

“Instead of fully shutting down networks, authorities can use social media to discourage violence and restore public order,” it said.