How to Install Android O Beta on Your Google Smartphone Android O was among the major talking points at the Google I/O 2017 keynote, though we had to wait till the end to find out what the next build of the mobile OS will be all about. Along with revealing some of the features, Google announced that the new Android O Developer Preview 2 will be available to download as a beta release for the public. This means you can test out all the upcoming features of the successor of Android Nougat ahead of others, provided you have a Nexus or Pixel smartphone. If you are wondering where to download the system images and how to install Android O on your phone right away, we have you covered.

Can I install Android O on my phone? Which devices are currently supported?

The Android O Beta is currently only available for the Google devices. It’s supported on just four phones – the Nexus 5X, Nexus 6P, Google Pixel, and Pixel XL. If you have an eligible device, you can load Android O on it.

How to flash Android O on my smartphone?

There are two ways to flash Android O on your phone: you can go the nerdy way by flashing the file manually by following our guide; or, just enrol yourself in the Android Beta programme. 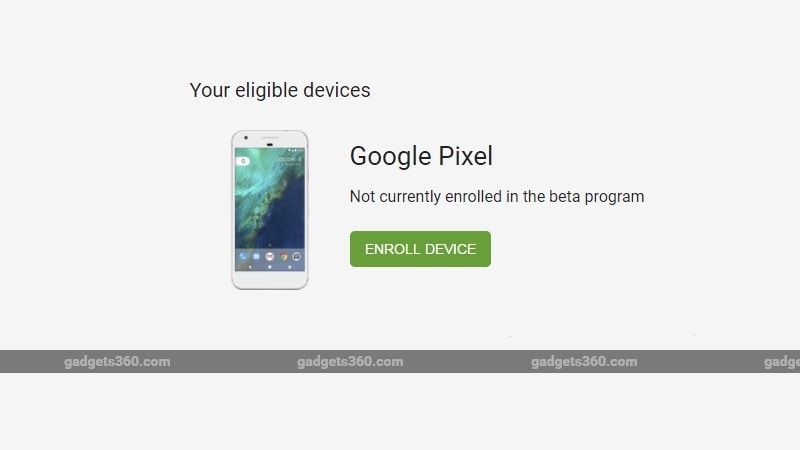 Google introduced the Android Beta program last year, which allowed people to preview the latest version of Android before it was officially released. If you have a compatible phone, then just head over to the Android Beta website and log in with the Google account you use on your device. You’ll see the model of your smartphone, and get an option to Enrol into the Android Beta Programme.

How will my phone be updated to Android O Beta? 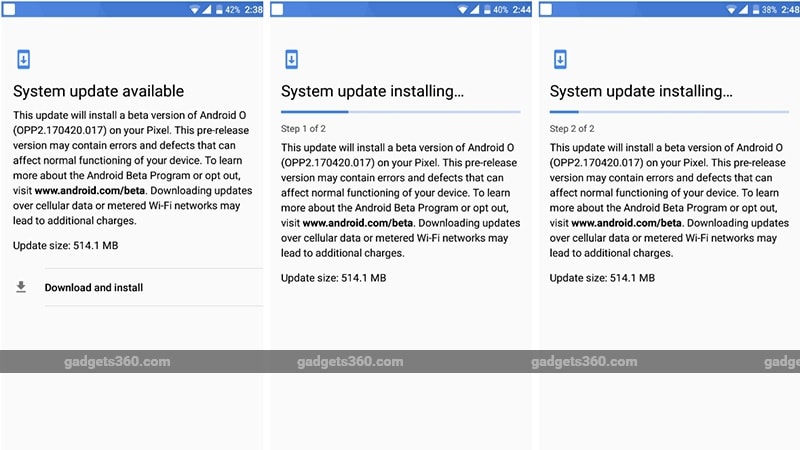 Once you enrol, Google will send an OTA (Over-The-Air) update to flash Android O on your smartphone. If you have a Nexus 5X or a Nexus 6P, the update will be downloaded and the phone will restart to flash the update. If you have a Google Pixel or a Pixel XL, you’ll get to see seamless updates in action as the device flashes the update while it’s on. Once the process it complete, the device will prompt you to restart to boot Android O.

If you are enrolling into the Android Beta Programme, your data is safe. Google sends an OTA to the device which allows it to retain all the user data even after the update. That said, we highly recommend that you still follow our guide and take a complete backup, just to be safe.

Are there any risks in installing Android O Beta?

The operating system is currently in beta state, so there will be tons of bugs and app crashes. Your existing apps may not work with Android O. In our experience the Developer Preview has issues; for example, the Google app kept crashing. We haven’t faced any issues with the Beta update yet, but it’s still very early days for Android O. It would certainly not be advisable to try and install it on your primary device.

What are the new features in Android O

For fluid experiences in Android O, Google has introduced features like picture-in-picture, autofill with Google, smart text selection and notification dots. With smart text selection, the phone is context aware, so if you select a phone number, it’ll give you the option to call it; if you tap on an address, you’ll be able to get directions instead. Notification dots meanwhile are used to inform users about activity in the app. With this you will know about pending notifications by looking at the app icon.

Can I roll back to Android Nougat after installing Android O Beta? 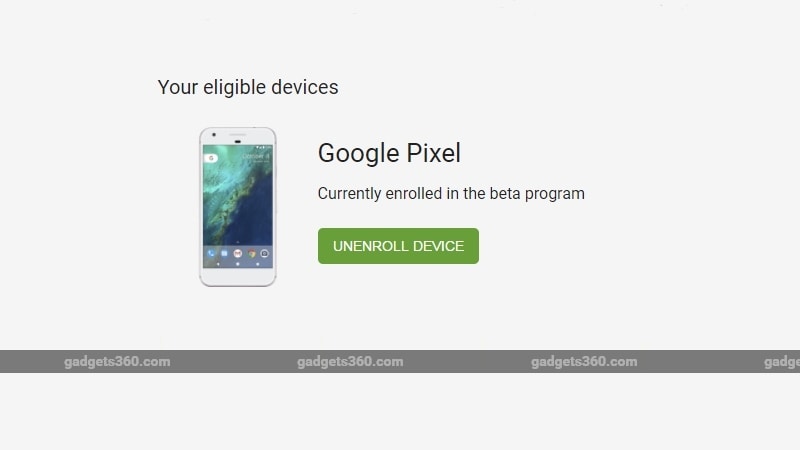 Important: When you unenroll from the Android Beta Programme, all your user data will be wiped from the device. We highly recommend making a backup before unenrolling.

I have unenrolled once, can I enroll into the Beta Programme later?

Yes, you can unenroll and then opt-in to the Beta programme at a later date. Google will continue to improve the software by releasing multiple tweaks to the beta software before the official update. You can opt-in at any time in the future to experience Android O.

We discussed everything that was announced at Google I/O 2017 on Orbital, our weekly technology podcast. You can subscribe to via Apple Podcasts or RSS, or just hit the play button below to listen to this episode.