Janus’ Gross says Trump will be one-termer, in failure for populism 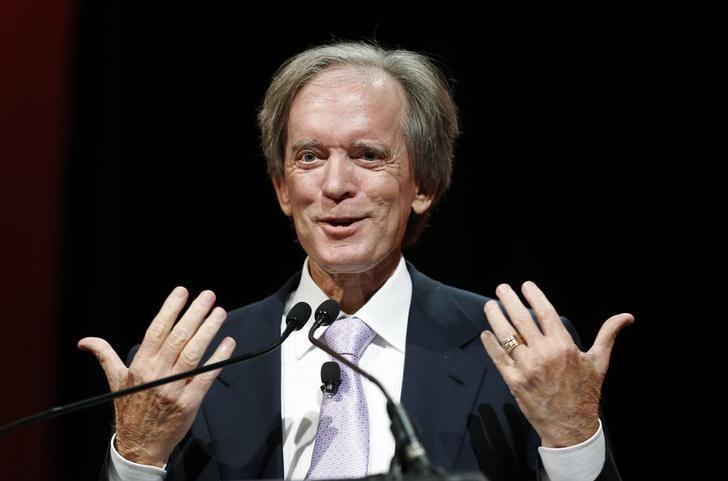 President-elect Donald Trump will last no more than four years in the White House, a period when corporations and Wall Street will retain the upper hand over the struggling workers who helped elect him in a populist wave, bond manager Bill Gross of Janus Capital Group Inc said on Wednesday.

In his monthly investment outlook, “Populism Takes a Wrong Turn,” Gross also said “there is no new Trump bull market in the offing,” and that global diversified investors should be “satisfied” with 3 percent to 5 percent annual returns.

“The Trumpian Fox has entered the Populist Henhouse, not so much by stealth but as a result of Middle America’s misinterpretation of what will make America great again,” Gross wrote.

“[Trump’s] tenure will be a short four years but is likely to be a damaging one for jobless and low-wage American voters,” Gross added. “I write in amazed, almost amused bewilderment at what American voters have done to themselves.”

Gross became the world’s most famous bond fund manager at Allianz SE’s Pacific Investment Management Co, where he ran Pimco Total Return and worked until 2014, when he joined Janus.

In his outlook, Gross said he did not vote for the Republican Trump or Democratic rival Hillary Clinton, and admitted that Clinton probably would not have done much better redistributing wages toward the working class.

He said it was “doubtful” that Trump’s plan to repatriate huge corporate profits to the United States for infrastructure spending would succeed, saying that a similar effort in 2004 resulted in large stock buybacks, dividend payouts and corporate bonuses, but no noticeable pickup in investment.

Gross said Trump’s policies mark a “continuation of the status quo,” and that government could step in with a “Help America” jobs program to bolster labor in ways that overleveraged, cost-conscious corporations might not.

Regardless, Gross said “populism is on the march” and could last for decades unless workers’ share of gross domestic product reverses its downward trend. Trump’s immigration, tax and trade policies might not promote that outcome, he said.

“Global populism is the wave of the future, but it has taken a wrong turn in America,” he wrote.

“Investors must drive with caution, understanding that higher deficits resulting from lower taxes raise interest rates and inflation, which in turn have the potential to produce lower earnings and P/E (price-earnings) ratios,” Gross added.