For a still unannounced handset, the Meizu M5s has definitely been making a lot of appearances lately. We already have a TENAA listing, benchmark results and a couple of official-looking photos, all accounted for. Now, a new trio of live shots can be added to the mix.

These popped-up on a Chinese social network recently and showcase a working unit. The retail package is also captured, leaving little doubt that, that it is the Meizu M5s we are looking at. The box sticker also mentions a model number – “M612Q”, LTE capabilities, as well as 3GB of RAM and 32 GB of built-in storage. We can also confirm the device will be running the latest Flyme user interface, on top of Android 6.0 Marshmallow. 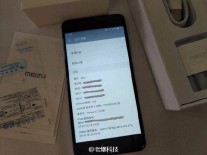 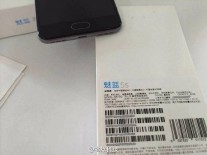 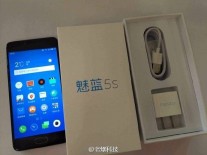 As for the rest of the Meizu M5s specs sheet, we do have the aforementioned leaks to go by. As far as we can currently gather, the phone is powered by an octa-core 1.3GHz processor (MediaTek MT6753 SoC), and sports a 5.2-inch HD screen. The camera setup includes a 13MP main snapper and a 5MP selfie one and a 2,930 mAh battery keeps the lights on.

The Meiuzu M5s is definitely shaping up as a budget offer. Initial rumors, suggested a price tag of around $150, but this new source puts the estimate at around $220. It is also worth noting, that a 4GB, plus 64GB version is mentioned so that might explain the differences.