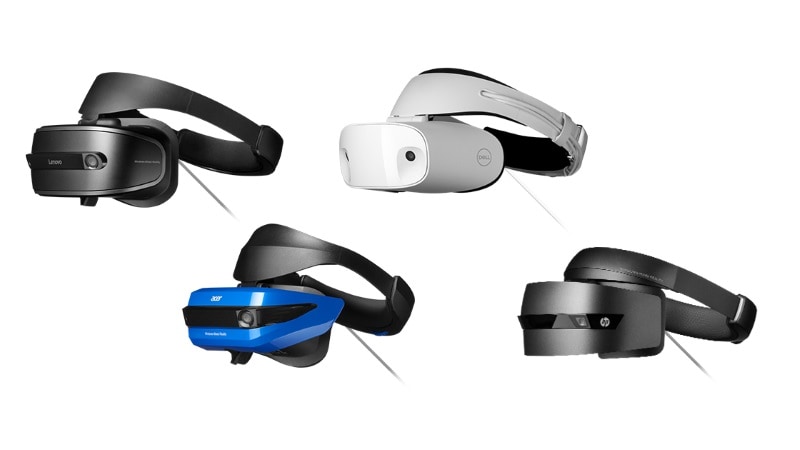 Last year, Microsoft announced last year that it partnered with leading device makers including Acer, Asus, Dell, HP, Lenovo, and 3Glasses on a wide range of headsets that pair with Windows Mixed Reality-ready PCs. The company has now made a huge announcement as it says that SteamVR will be supported by the mixed reality headsets after they are made available later this year. Further, the company says that it has been working with 343 Industries to bring Halo to mixed reality experiences.

The Redmond-based company will be sharing more details about the upcoming mixed reality headsets at the IFA event in Berlin but has announced that Steam content will also be supported by the affordable headsets by the company. “Virtual reality enthusiasts know that Steam is a great place to enjoy cutting edge immersive experiences. We can’t wait to bring their content to you.” Microsoft’s Alex Kipman said in a blog post.

While the company has not announced specific details about the collaboration, it has indeed revealed that it is working with 343 Industries to produce content for the mixed reality platform. “We are working with 343 Industries to bring future Halo experiences into mixed reality,” Kipman said. If you have ever played any entry from the franchise, you have ample reasons to be excited about this partnership. Windows Central’s Daniel Rubino also reports Minecraft VR is in the offing.

In order to differentiate the mixed reality headsets from other products in the market, Microsoft says that its offerings will be more affordable as well as easier to set up. Talking about affordability, the headset and motion controller bundles will start from $399 (roughly Rs. 25,500) and will be compatible with existing and new PC models starting at $499 (roughly Rs. 31,900).

While there are headsets that require external sensors in order to work, the mixed-reality headsets from Microsoft and its partners will come with built-in sensors that track your position and allow you to simply plug in and play, the Kipman said in his post. This week, Dell also revealed the pricing of its Visor mixed-reality headset and said that the wearable will be made available from October at a price of $349.99 (roughly Rs. 22,400).