Microsoft teases new Surface Pro Keyboards ahead of its launch

Microsoft is all set to unveil the new Microsoft Surface device on May 23 at Shanghai. While the event is scheduled for tomorrow, the surface device creator Panos Panay has just tweeted a post which appears to be a teaser of the new Microsoft Surface device. He has basically posted an image which shows four Surface Keyboards and has commented, “Working session. 30 hours to go.” Well, with this post we can somewhat get an idea of what to expect at the conference. Coming back to the post, it shows the new Surface Type Keyboards in four different colors which are Red, White, Gray and Blue.

Further, the Surface Keyboards appear to be new Type Cover colors in Alcantara, which is the same premium fabric that is used on Microsoft’s newly launched Surface Laptop. In addition, Panos Panay also recently confirmed that there’s no such thing as a Surface Pro 5. Besides, this also kind of confirms that Microsoft is not working on a new-generation Surface. 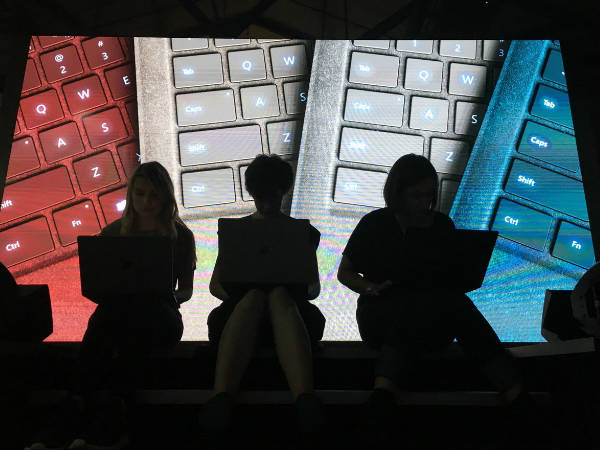 The upcoming Surface Pro will feature some hardware refresh. As of now, we don’t know what time the event is happening or whether the company will be live streaming the event but the company has stated that it will be providing updates and information of the same in its news site. We will be updating you with the information once we hear from the company.