Motorola brought out more specs for the Moto E3 this time and there’s a bit of good news – it will launch in August, not September as originally stated.

The Moto E3 will be near indistinguishable from the G4 Play. It has a 5″ 720p screen, runs a clean Android 6.0 Marshmallow, has an 8MP main camera and 5MP selfie camera, LTE connectivity and 8GB of built-in storage (expandable). 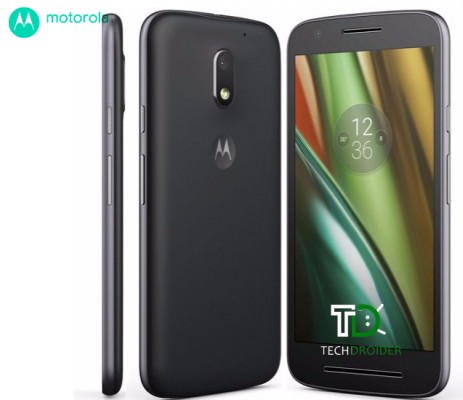 Where the two differ is chipset and thickness. The E3 only has a MediaTek chipset with a quad-core 1GHz CPU and measures 8.6mm vs. 9.9mm for the G4 Play.