The Shenzhen-based company Vernee announced at CES last month it will launch a phone with latest Mediatek SoC Helio X30 in late February at the Mobile World Congress in Barcelona. The company teased an outline of a phone back in January, but thanks to the twitter leakster Roland Quandt, we have more info about the device. 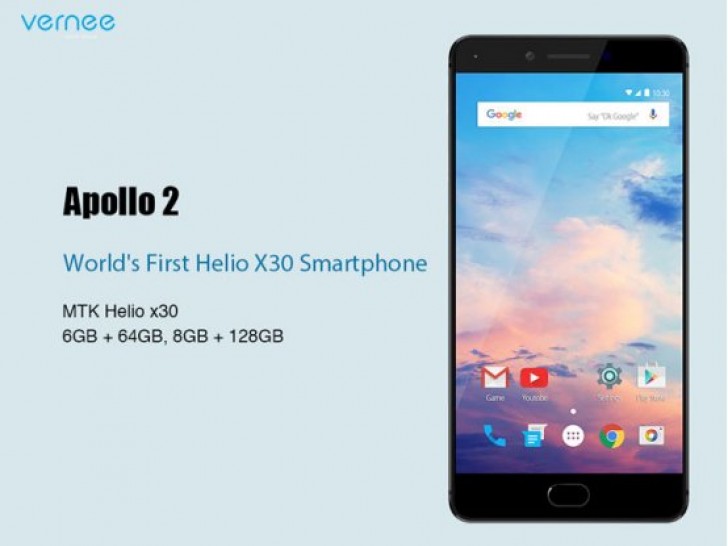 The phone will be called Apollo 2 and is dubbed “World’s First Helio X30 Smartphone”. For now we know there will be two versions with different internal storage and RAM – one with 6GB + 64 GB and another with 8GB + 128GB. The other info about the device is that it will sport a QHD display.

The chipset itself is deca-core built on 10nm manufacturing process with IMG 7XTP-Mt4 GPU, clocked at 820 MHz.

Mediatek is trying its best to catch up to the pace of competitors. Earlier it announced the Helio P25 – an affordable CPU for dual-camera smartphones at a reasonable price.

Thanks to our tipster Tasneog.