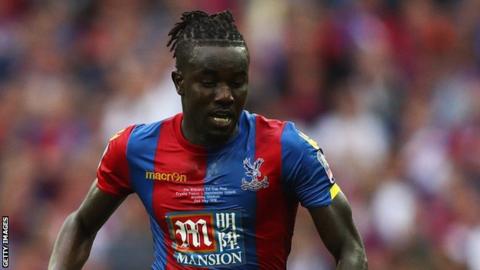 Crystal Palace defender Pape Souare was airlifted to hospital after a car crash on the M4 motorway in London – but his injuries are not life threatening.

Souare, 26, injured his thigh and jaw bone in Sunday’s crash and will stay in hospital while he receives treatment.

He was not part of the side that beat Middlesbrough 2-1 on Saturday.

“The club are liaising closely with the hospital on his progress,” Palace said in a statement. “Our thoughts are with Pape and his family at this time.”

The Senegal full-back, who joined the club from French side Lille in January 2015, last played for Palace in the 1-1 draw with Bournemouth at Selhurst Park on 27 August.