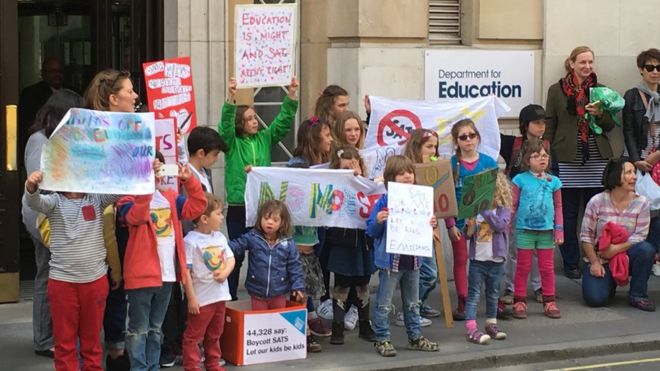 The government agency that sets primary schools tests in England has been “poor value for money” and lacking in “customer focus”, says the minister for school standards.

Nick Gibb’s comments follow an inquiry into the Standards and Testing Agency ordered after a series of problems and security breaches involving primary tests this year.

Primary school tests faced a series of administrative problems this year – including an English test having to be cancelled after questions had been published in advance on a Department for Education website.

There were also accusations of a “rogue marker” as Sats test questions were claimed to have been leaked online a day before the test was taken.

This confusion had prompted an angry response from teachers’ unions, which had warned of a rushed and “chaotic” implementation of changes to primary tests.

Ministers had ordered an “urgent review” into the Standards and Testing Agency, part of the Department for Education, which runs primary school tests.

The findings, published on Wednesday, concluded that the agency was “broadly fit for purpose”.

But it highlighted problems, including a “lack of end-to-end strategy”, a “defensive” culture and “an ineffective assurance process”.

The staff of the agency were described as being “under enormous pressure” and “bruised by recent events and morale is low”. There is a high rate of vacancies.

The report says the agency has an administrative budget of £4m a year and looks after contracts worth £122m.

Mr Gibb says the review “identified clear issues around strategic leadership at the agency, poor value for money and a lack of customer focus”.

“Work is already under way to address those challenges and the STA has assured me it can, and will, make the changes required to prevent similar issues in future.”

Ms Burton, the agency’s chief executive, says: “We fully accept the findings of the review and have already taken steps to respond to the security breaches earlier this year, including restructuring the management team to ensure greater strategic oversight and improving internal processes.”