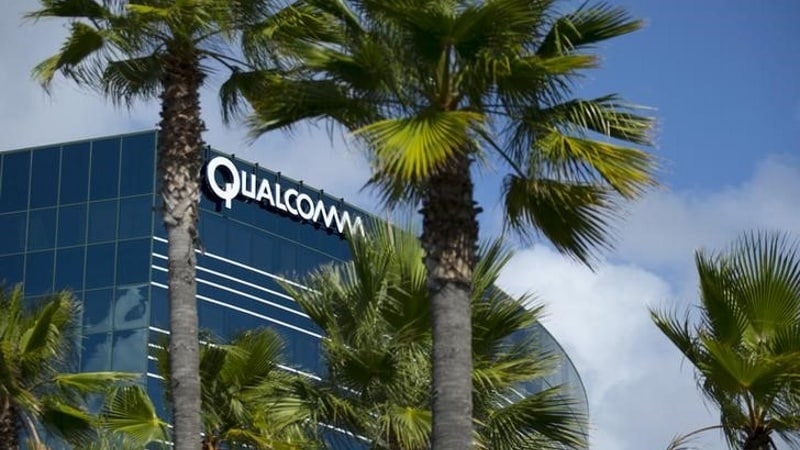 US chipmaker Qualcomm’s quarterly profit and revenue topped Wall Street forecasts, suggesting that a slowdown in the global smartphone business might be less severe than feared after a string of weak forecasts from suppliers.

The results announced in Qualcomm’s smartphone chip business contrasted to those from major mobile phone components makers in Asia, including TSMC and SK Hynix, which have warned of slower growth in their smartphone chip divisions.

While revenue from Qualcomm’s chips division – its largest – rose 6 percent in the three months ended March 25, revenue from the licensing business plunged 44 percent, reflecting the withholding of revenue in a high-profile patent battle with Apple.

Despite the strong quarter for chip sales, the company does see some signs of weakness.

It forecast growth of about 5 percent in modern mobile handsets for the remainder of the year, which is lower than anticipated. Handset prices, however, are higher than expected.

Qualcomm also is waiting for Chinese regulators to consider its application to buy chipmaker NXP, a deal that Chief Executive Steve Mollenkopf expects to go through. If it does not, Qualcomm plans to use the cash dedicated to the deal for a share buy-back. The deal was held up by diplomatic concerns between countries, rather than Qualcomm-specific concerns, he said.

The biggest spat is over a US ban on exports to China’s ZTE Corp after it was caught exporting to Iran. Qualcomm said it expects the loss of business with ZTE to lower its profits by 3 cents per share next quarter, though executives also suggested that other smartphone makers that it also does business with may make up for that lost revenue in the longer term.

The results come as San Diego-based Qualcomm tries to convince shareholders it can boost earnings by cutting annual costs by $1 billion (roughly Rs. 6,670 crores) and resolving the Apple dispute.

Excluding one-time items, Qualcomm earned 80 cents per share, ahead of analysts’ average estimate of 70 cents, according to Thomson Reuters.

The sentiment also appeared to help boost other chipmakers in after-hours trading, with memory chipmaker Micron Technology up 1 percent to $48.12 after the announcement.