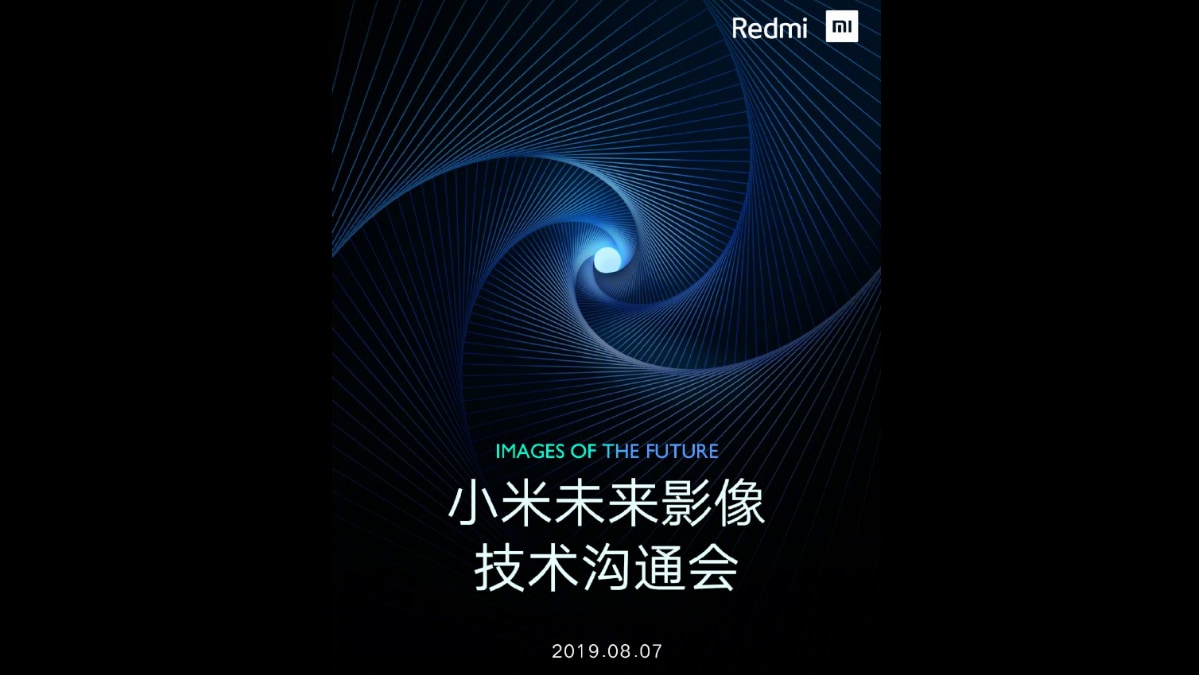 Xiaomi is now teasing the arrival of a new imaging technology on August 7. The company could launch its 64-megapixel sensor technology on that day. The Redmi 64-megapixel phone has been leaked on several occasions, and the company could provide more details on this new camera technology and the phone that will be equipped with it. It may well just announce the 64-megapixel technology, and launch the expected Redmi phone at a later date. The Redmi 64-megapixel phone is confirmed to sport a quad camera setup when it arrives. The unveiling looks set to take on rival brand Realme to showcase the 64-megapixel camera technology. The Chinese electronics company has taken to Weibo to announce that a new technology from Xiaomi will be announced on August 7. The poster has the Redmi logo sitting on top right, confirming that this technology will be integrated into a Redmi sub-brand first. The poster reveals little else, and comes with a tagline ‘Images of the Future.’

Xiaomi has already confirmed that the 64-megapixel phone will sport four rear cameras at the back, and that a 64-megapixel photo will be up to 20MB in size. The resolution of the photo produced will be far superior to that of an 8K TV, the company added, making it the first smartphone to offer such ultra-high resolution. The company even shared a photo sample to show off greater detail.

Realme is also gearing up to launch its own 64-megapixel phone, and has announced a dedicated event on August 8 in India, to reveal more details regarding this. It looks like the Redmi brand is set to pre-empt Realme brand by showcasing the tech a day ahead of it.

Xiaomi is rumoured to use Samsung’s ISOCELL Bright GW1 sensor that was announced earlier this year, but there has been no confirmation from the company’s end. If it does use the Samsung sensor, the upcoming Redmi phone will be able to produce a 16-megapixel output in low-light conditions by merging four pixels into one using its Tetracell technology. The camera sensor can also descramble its colour filter to deliver full-size 64-megapixel shots. It brings support for real-time HDR of up to 100-decibels, and a remosaic algorithm for well-lit environments which should help improve picture quality.

Samsung itself is expected to launch its 64-megapixel smartphone in the Galaxy A-series in September, a recent report indicated.