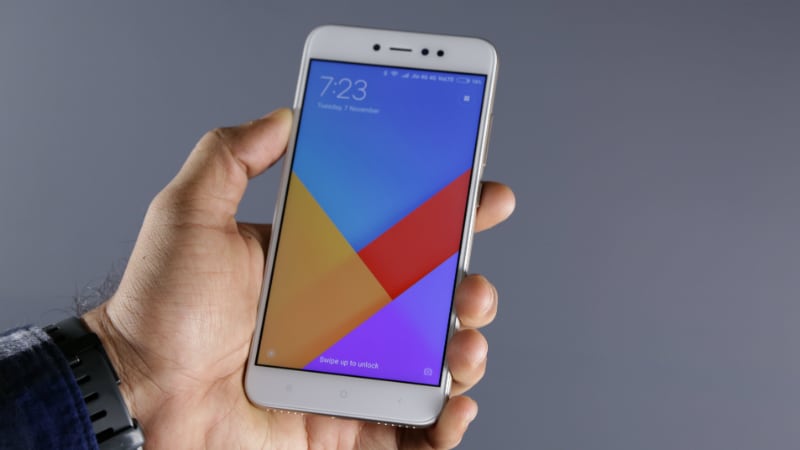 Redmi Y1 goes on sale in India a second time on Wednesday, two weeks after it was unveiled in the country. The new Redmi Y1, along with the Redmi Y1 Lite, will be available for purchase from both Amazon India and Mi.com; the quantities are likely to be limited, so fans will have to be quick if they want to snag a unit when the sale starts at 12pm IST. In the first sale a week ago, Xiaomi says it sold 150,000 units of Redmi Y1 and Redmi Y1 Lite in under 3 minutes, suggesting the demand for the new budget handsets is in keeping with the Redmi series’ popularity.

The Redmi Y1’s biggest highlight is its 16-megapixel front camera. This comes with and LED selfie-light, for better selfies in low light conditions. The company is also touting the Beautify 3.0 feature on it, which helps beautify selfie photos. It bears a fingerprint sensor on the rear panel. The new phone has been launched in Gold and Dark Grey colour variants.

The dual-SIM Xiaomi Redmi Y1 will receive its MIUI 9 update in November, and sports a 5.5-inch HD (720×1280 pixels) display with Corning Gorilla Glass. It is powered by an octa-core Snapdragon 435 SoC, coupled with 3GB of RAM. The smartphone bears a 13-megapixel camera with PDAF and dual-LED flash. There is 32GB of inbuilt storage on the Xiaomi Redmi Y1, which is expandable via microSD card (up to 128GB) with its own dedicated card slot. It has standard connectivity options, including 4G VoLTE. It is powered by a 3080mAh battery. It weighs 153 grams, and measures 153×76.2×7.7mm.

Coming to the Redmi Y1 Lite, the phone has a 5.5-inch HD screen and 1.4GHz quad-core Snapdragon 425 processor. This dual Nano SIM phone has a dedicated microSD card slot and supports storage expansion up to 128GB. The resolution for the rear camera is 13-megapixel, with LED flash and PDAF, while the front camera has a 5-megapixel sensor. Its battery capacity is 3080mAh, and it features an IR blaster as well.