A Russian Software Billionaire Takes on SAP and Oracle 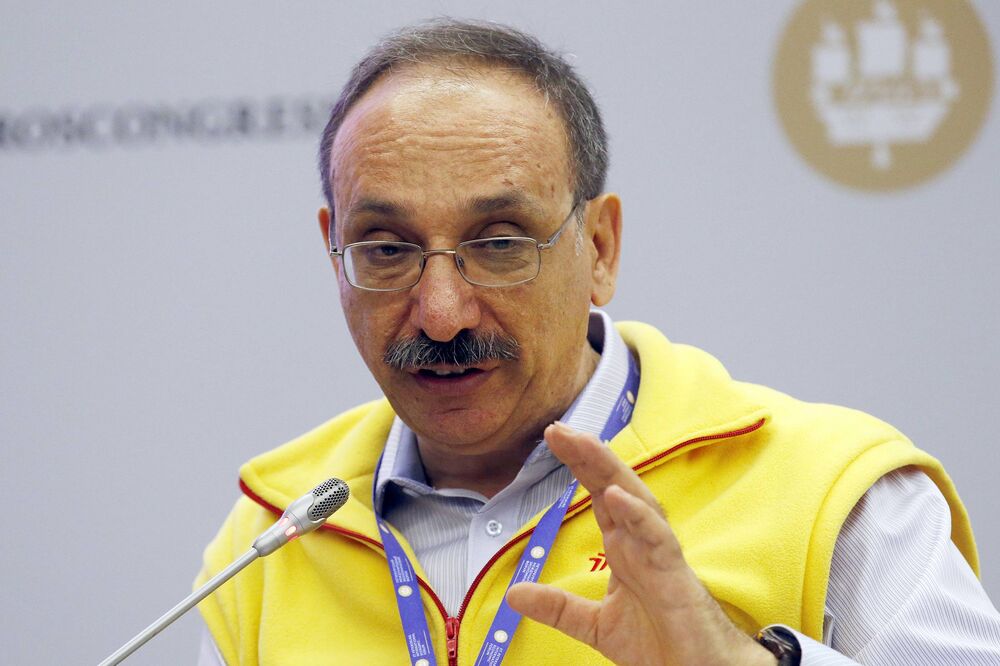 Boris Nuraliev looks a lot like the Soviet-era statistician he once was, with his big wire-rim glasses and bushy mustache, shock-proof Timex watch, and vintage IBM laptop loaded with decades-old software. But there’s little Soviet about 1C, the company he founded 26 years ago that has grown into Russia’s No. 2 seller of enterprise accounting programs, making Nuraliev a billionaire. Today, millions of Russians use 1C Co.’s applications for payroll, financial planning, and controlling factories, and 300,000 coders can program in its proprietary language. “We’ve basically created an entire industry,” Nuraliev says, using a DOS-based file manager to fetch a spreadsheet from his computer.

Nuraliev, 58, got started in technology during the Soviet era as a computer engineer in the State Statistics Committee. In 1991 he founded 1C to sell business programs such as the Lotus 1-2-3 spreadsheet and networking software to link computers in the pre-internet age. He soon added his own accounting applications, though he struggled to close big deals. “Large firms felt ashamed of using 1C,” Nuraliev says. But his software was flexible and cheap, a big draw for the thousands of small and midsize companies that sprang up after the fall of communism.

The economic downturn of 2014 kick-started sales among bigger customers, who sought to cut costs just as a drop in the ruble made imports more expensive and President Vladimir Putin urged companies to replace foreign technology with homegrown products. In recent years, as his software has gotten more sophisticated, Nuraliev has begun serving clients such as the Russian Post, units of energy giant Gazprom PJSC, and local affiliates of Daimler, Ford Motor, and Siemens—putting him in direct competition with giants such as SAP AG and Oracle Corp. “Now, when large firms need to report to the government on whether they’ve replaced imported technology, it’s become trendy to say, ‘Yes, we use 1C,’ ” Nuraliev says.

A big advantage for 1C has been that it rapidly adapts its products to ever-changing Russian accounting rules, says Olga Uskova, president of Cognitive Technologies, a Moscow company that makes software for autonomous vehicles. She says Nuraliev has a deep understanding of everyday accountants and has won their loyalty with seminars on using his applications to stay on the right side of the law. “Accountants begged their bosses to install 1C,” Uskova says. “You can’t dream of a better sales force.”

The company’s annual revenue increased 6 percent, to 37 billion rubles ($650 million) last year, giving 1C a third of the Russian market for enterprise applications software, second only to SAP’s 49 percent, according to researcher IDC. Measured by installations, 1C is the leader, with about 5 million users—most from small and midsize businesses that aren’t fully tracked by IDC. Based on comparisons with SAP and three other publicly traded peers, the Bloomberg Billionaires Index values the company at $2.3 billion, meaning Nuraliev—who owns more than half of 1C—has a net worth of $1.2 billion.

As his company grew, Nuraliev couldn’t serve the thousands of clients he was adding across Russia’s 11 time zones. So he created a franchise model in which partners are licensed to install his software and adapt it to the needs of each particular business. He employs 1,200 engineers who develop 1C’s dozens of applications, and he has 7,000 franchisees, ranging in size from a single programmer to companies employing hundreds of consultants trained by 1C. The franchisees take just over half the sales price of the software, plus the bulk of consulting and installation fees.

Andrey Krivenko, founder of a 460-store grocery chain called VkusVill, hired a 1C franchisee to automate his operation. The consultant uses 1C’s software to track goods Krivenko’s workers register with hand-held scanners, smartphones, and image-recognition applications. All told, he says the 1C programs cost less than 10 percent of what he would have paid one of the global giants for a similar installation. When the business was started in 2009, “we just couldn’t afford SAP or Oracle,” Krivenko says. Although he could do so now, he says he’s sticking with 1C.

Nuraliev has made a few sales abroad as franchisees have picked up local clients in Germany, the U.S., and China. In May he formed a division to target international business, though concerns about Russian hacking could make that a hard sell, and Ukraine, for instance, has restricted 1C’s operations. IDC analyst Elena Semenovskaia also cautions that it may be tough for 1C “to build a partner network as strong as they’ve got in Russia.” Nuraliev acknowledges that it won’t be easy taking on the global giants outside of Russia, but he says 1C’s expertise with smaller companies in a frontier economy could make it a winner in many parts of the developing world, noting that he’s already won contracts in Vietnam. “In emerging markets like Russia, we have a competitive advantage,” he says. “Firms here need to adapt to market changes quickly.”