Samsung delays Galaxy Note7 in Malaysia due to supply constraints

There is no doubt the Galaxy Note7 is currently the most popular smartphone and among the most anticipated upcoming devices Samsung has ever announced. This often leads to problems for the most eager fans and now see the first of those.

Samsung Malaysia announced a delay for the Galaxy Note7 launch. Apparently, Samsung can’t meet the demand in the country and will be pushing the premiere back to September. The exact date is yet to be announced. 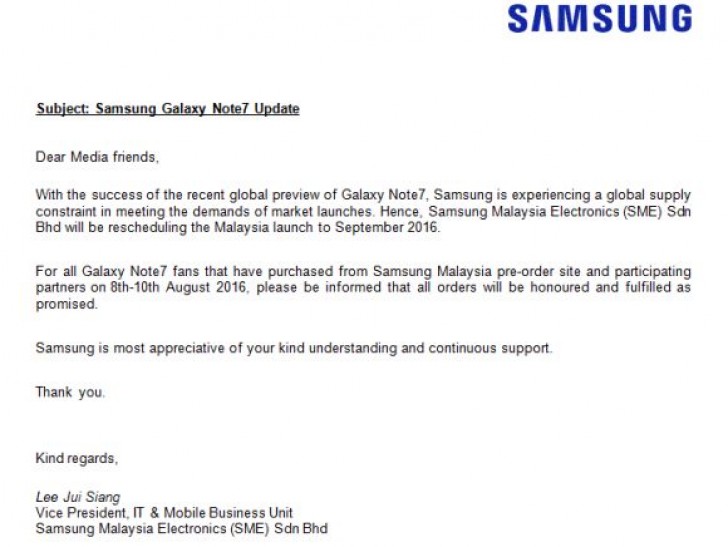 On a positive note, all pre-orders placed through August 10 will be fulfilled and shipped on time, so no delays are expected for the orders already placed.

Samsung has already postponed the European premiere by announcing a September release on the UNPACKED event. It seems other markets may follow suit as Samsung is currently struggling to meet the high demand. We’ll keep an ear on the ground and make sure you are updated if further delays occur.