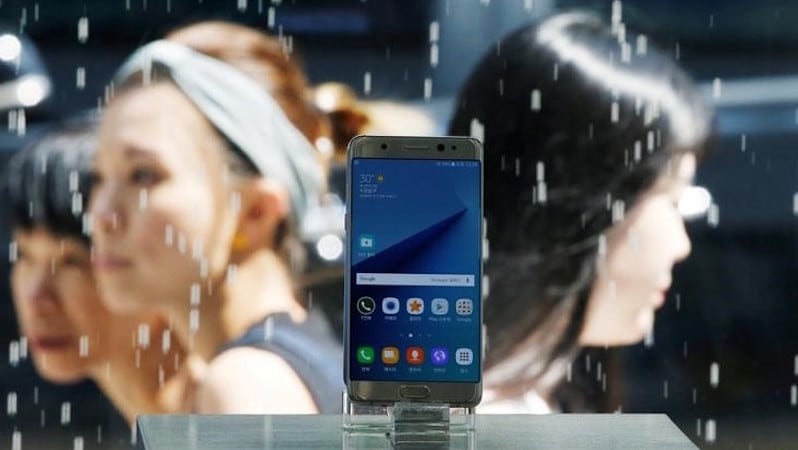 Samsung Electronics Co Ltd said on Friday it would resume selling new Galaxy Note 7 smartphones to South Korean customers from September 28, as it rushes to complete the costly recall and salvage second-half sales for the device.

Analysts have cut their earnings expectations for the South Korean tech giant after it announced on September 2 a recall of Galaxy Note 7 smartphones from 10 markets due to faulty batteries that caused phones to set on fire. Samsung has received 92 reports of batteries overheating in the United States alone, including 26 reports of burns and 55 cases of property damage.

The recall is unprecedented in scale for the world’s top smartphone maker, which prides itself on its manufacturing prowess. It had been counting on the device – costing KRW 988,900 ($882 or roughly Rs. 59,000) in South Korea – to compete with Apple’s new iPhones and to maintain its smartphone sales in the second half.

Some analysts say the recall may cost Samsung up to $5 billion (roughly Rs. 33,432 crores) in revenue this year and will damage the company’s reputation. Samsung says it has sold 2.5 million phones with faulty batteries.

A Samsung spokeswoman told Reuters the schedule for restarting sales for the device elsewhere, including the United States, will depend on the circumstances for the individual markets. The firm has said new sales in Australia will resume in early October.

Samsung is pushing to salvage sales during the busy shopping season in key markets in the fourth quarter.

The firm tapped China’s Amperex Technology Limited (ATL) as the main battery supplier for the Galaxy Note 7 phones, a person familiar with the matter told Reuters. A second person told Reuters that Samsung SDI Co Ltd made faulty batteries that triggered the recall, but the company’s representatives could not be immediately reached for comment.

Though the initial recall announcement was well received, analysts said Samsung’s brand image was subsequently tarnished as aviation authorities and airlines began issuing bans or advisories against using or charging the Galaxy Note 7 on planes.

Samsung formally announced the recall of about 1 million Galaxy Note 7 devices on Thursday in cooperation with the US Consumer Product Safety Commission (CPSC), but the commission criticised the company for trying to initiate a recall on its own instead of following proper reporting procedures.