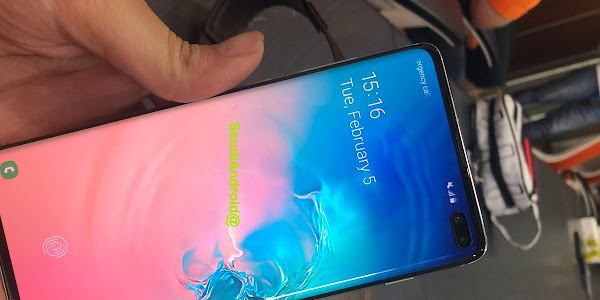 As if things weren’t out in the open already, the Galaxy S10, S10+ and Galaxy Buds have now appeared in a TV commercial a day ahead of their official launch at Unpacked 2019 in San Francisco. Samsung has managed to accidentally release a 30-second ad on TV 2, which only happens to be the biggest television broadcaster in Norway. At this point, it seems Samsung is not really interested in keeping the Galaxy S10 a secret anymore.

The Verge was notified about the TV ad by one of its readers, Endre Loeset, who happened to quickly record the short video clip. The ad is in Norvegian, but it clearly shows off the Galaxy S10, S10+ and the Galaxy Buds in all their glory. It confirms (like you needed it) that the S10 and S10+ will get punch-hole displays, reverse wireless charging, ultrasonic in-display fingerprint sensor and triple rear cameras, which are the biggest new changes coming to the Samsung flagship phones this year.

The Galay Buds also briefly show up in the commercial, revealing the ability to charge the earphones in the case placed on the back of the Galaxy S10. The TV ad pretty much confirms the Galaxy S10 and S10+. However, the ad does not show the Galaxy S10e, and it’s possible that Samsung has a separate commercial in place for the affordable flagship. Do not be surprised if the commercial for the Galaxy S10e also leaks out before Samsung kicks off its Unpacked event.

You can’t blame Samsung for preemptively releasing a commercial ahead of its February 20 event, considering pretty much everything about the S10 lineup has been leaked numerous times. Samsung even launched the pre-booking page on its official website a few days ago for the Galaxy S10 and S10+, as the was well aware that consumers know what’s coming. Interestingly, the actual secret that is still a secret is the Galaxy Fold foldable smartphone, which is also set to go official at the Unpacked event.

The Galaxy Unpacked event will take place on Wednesday, February 20 in San Francisco starting 11am PT (12:30am IST February 21).