New research published in the EPJ Data Science, suggests that people, just like signaling their sadness through behavior and body language, can also reflect their depression through images in their social media. 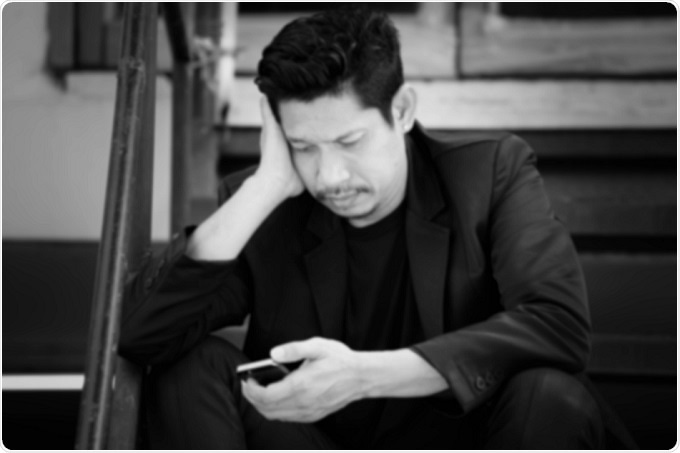 According to the research which was carried out by Chris Danforth from the University of Vermont and Andrew Reece from Harvard University, when a person’s feelings turn blue, his photos also turn more blue –  or grey and dark  – and can contain a fewer number of faces.

The team also concluded that computers, when applied with machine learning, can identify depressed people successfully by obtaining clues from their Instagram images. The rate of detection by computers is 70% – a more dependable rate than the general practitioners’ rate of successful diagnosis of depression at 42%.

Chris Danforth commented that this result points towards a novel method for early diagnosis of depression as well as other mental illness and he believes that this algorithm may help in detecting depression before proceeding with clinical diagnosis.

In the study, 166 participants were recruited from the Amazon’s Mechanical Turk and were asked to share their history of mental health as well as Instagram feed. The researchers were able to collect 43,950 photos. Ideas from well-established psychology studies on color, brightness and shading preferences of people were used for analyzing the images.

The study was designed in a way that about 50% of the participants were reported to be clinically depressed in the last three years.

In a blog post that accompanied the research, Danforth and Reese wrote:

Pixel analysis of the photos in our dataset revealed that depressed individuals in our sample had the tendency to post photos that were, on average, bluer, darker, and grayer than those posted by healthy individuals.”

Their findings also showed that Instagram filters such as Valencia, which gave the images a warm brighter tone was chosen by the healthy individuals, whereas, Inkwell (which makes the photos black-and-white) was the most common filter among depressed people; i.e., people who suffered with depression were more likely to choose a filter that literally removed all the color out the pictures they wanted to post.

Indications of depression were also provided by the faces in the images. As per the study, it was more likely for the people affected with depression to post images which included faces of people. Howeverthose photos, on average, had less numbers of faces than the Instagram feeds of healthy people.

Danforth and Reece noted: “Fewer faces may be an oblique indicator that depressed users interact in smaller settings”. According to them, it either corresponds to other research associating depression to reduced social interaction or, it might be indicate that depressed people take many self-portraits.

They added that the hypothesis of ‘sad-selfie’ remains untested.

As a part of this study, volunteers were asked to differentiate the Instagram posts of healthy as well as depressed people. Yet, those volunteers were not able to complete the task as efficiently as the statistical computer model; the rating done by humans lacked much correlation with the features of the photos that were identified by the computer.

Chris Danforth, who is also a co-director of the university’s Computational Story Lab, commented that it is obvious for a person to have knowledge on a friend than computer; however, while flipping through the images, he might not be able to identify depression that efficiently.

Deeper ethical questions as well as privacy concerns do exist as the world of artificial intelligence and machine learning spreads into many fields of life.

According to Danforth, there is a need for more thinking on the morality of machines. While considering issues like mental illness, clever artificial intelligence might be able to find signals.

He also believes that this kind of application can in future help people during the onset of mental illness, avoid wrong diagnoses, and provide a new cost-efficient test for mental health services. It is thought to help those who may not otherwise have access to a trained expert, like a psychiatrist.

“This study is not yet a diagnostic test, not by a long shot, but it is a proof of concept of a new way to help people,” says Danforth.