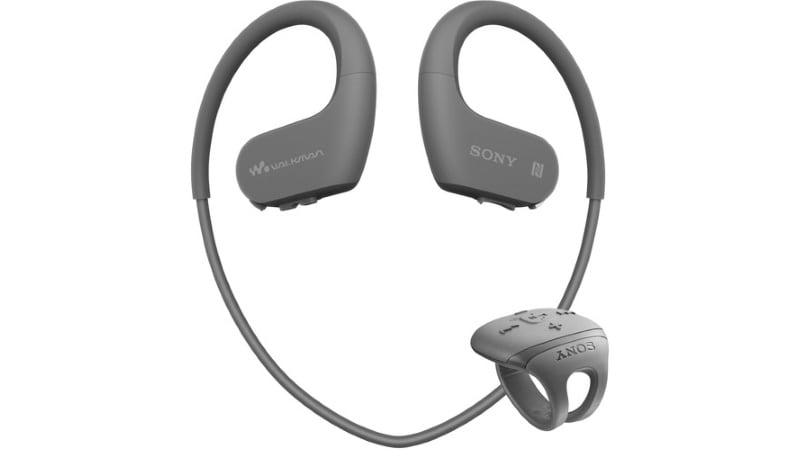 Sony’s iconic music device Walkman has gathered enormous love from music listeners over the years, and the company is valiantly continuing the product line. Sony has now announced new entrants in the WS620 Series Walkman lineup. Targeted for outdoor and rough use, the Sony NW-WS623 and the NW-WS625 Bluetooth wearable Walkman headsets have been listed online at $148 (roughly Rs. 9,490) and $198 (roughly Rs. 12,700) respectively, and will be available from June this year.

The new Sony Walkman NW-WS623 and NW-WS625 come in inbuilt storage options of 4GB and 16GB respectively. The colour options include Black, Blue, Lime Yellow, Grayish White for the 4GB NW-WS623 model, while the 16GB NW-WS625 model comes in just one colour, Black. The music playback time as claimed by the company is typically 12 hours on a single charge. Although, variations in your music listening behaviour will result in different playback times. Both the models come with quick charge technology which is rated to deliver approximately 60 minutes of playback with just a 3 minute of charge, however, it takes 1.5 hours for the battery to get a full charge.

The Sony NW-WS623 and NW-WS625 Walkman series devices sport Bluetooth and NFC communication technology for pairing and audio streaming. Sony has also equipped both the models with a microphone and new music mode called the Ambient Sound mode, which lets you take-in external sounds when you want, for a better outdoor workout. The compatible audio formats supported are MP3; WMA (Non-DRM); AAC (Non-DRM); FLAC; Linear PCM – the latter one for lossless music.

Both the models are waterproof and dustproof (IP65/ IP68), meant for people who are into fitness and sports. The company claims that the new wearable Walkman series can withstand extreme weather and physical conditions like “hiking snow topped mountains to swimming in the ocean.”

Talking about the temperature endurance, the Sony WS620 Series Walkman is suitable for temperatures ranging from -5 to 45 degree Celsius. Both the Walkman models can resist dust particles with the IP6X rating, apart from offering IPX5/8 level water resistance up to 2 metres underwater for 30 minutes. Apart from that, Sony is also offering special swimming earbuds for both the models, that will be suitable for wearing them while swimming, or other inside-water activities.

As we mentioned, the Sony Walkman NW-WS623 and NW-WS625 Bluetooth wearables are slated to go on sale in June this year – however there is no exact date mentioned on Sony’s US website.