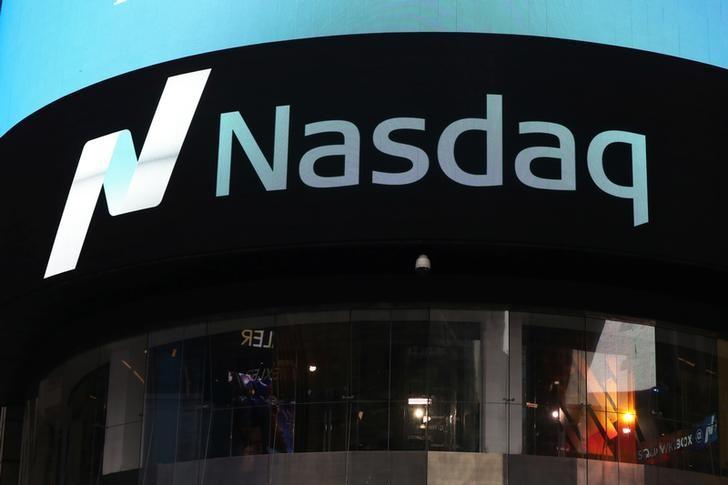 The “sell in May” memo arrived a bit late in some investors’ inboxes this year.

A technology sector rout extended to its second trading day on Monday, with the Nasdaq Composite on track for its biggest two-day loss since September. The tech selling dragged down all three major indexes, causing concerns of wider bearishness in equities.

“We’re having a hard time deciding whether it’s really a tech-specific sell-off or if this is a valuation pullback, so we’re just holding pat right now,” said Scott Goginsky, a co-portfolio manager of the Biondo Growth Fund.

However, investors took comfort that rather than totally abandoning equities, some were rotating into value sectors of the market. Losses were contained by a continuing rebound in energy and bank stocks.

“The overall equity market health is reasonably good because people are rotating – they are not frantically getting out of stocks,” said Michael Purves, chief global strategist at Weeden & Co.

Up nearly 14 percent since President Donald Trump’s inauguration in January, the technology sector of the S&P 500 .SPLRCT had ballooned to its most expensive since early 2008 in terms of price to earnings expectations.

Tech took over the market leadership from financials and other sectors that outperformed after the Nov. 8 presidential election on hopes that Trump’s agenda of deregulation and tax cuts would benefit the sector.

The Technology Select Sector SPDR exchange-traded fund (XLK.P) was down 0.8 percent Monday after having fallen as much as 2.2 percent – on track to post its largest two-day percentage decline in nearly a year.

The decline was led by Apple, stung by a broker downgrade for a second straight week on Monday.

Short sellers had already been building their position in Apple since the end of May, according to financial data firm S3, with short interest topping $9 billion for the first time since May of last year. Apple is now the third-largest worldwide short, behind Alibaba Group (BABA.N), with $16.7 billion of short interest, and Tesla Inc(TSLA.O), with $10.5 billion.

The tech sell-off “is a reminder that markets that have full valuations are prone to quick reversals,” said Dan Ivascyn, group chief investment officer at Pacific Investment Management Co, which oversees more than $1.5 trillion in assets.

The recent reversal in technology has given new life to the “value trade,” in which investors bet on large, undervalued companies and seek dividend payments.

The iShares S&P 500 value ETF (IVE.P) is up more than 4 percent over the last two sessions. The fund’s top holdings include Exxon Mobil (XOM.N), Berkshire Hathaway (BRKa.N) and JPMorgan (JPM.N).

At the same time, the technology rout has left some investors finding opportunities to add to their tech holdings at lower prices.

“We’re not worried at all about tech. We just think it’s a correction and a dip,” said Louis Navellier, chairman and founder of Navellier & Associates , in Reno, Nevada.