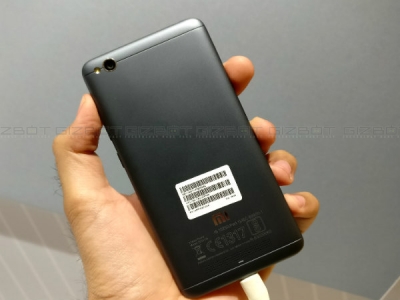 It looks like Xiaomi is prepping a new smartphone. We say this as a Xiaomi smartphone with the codename riva was spotted on the benchmark database Geekbench on Friday. 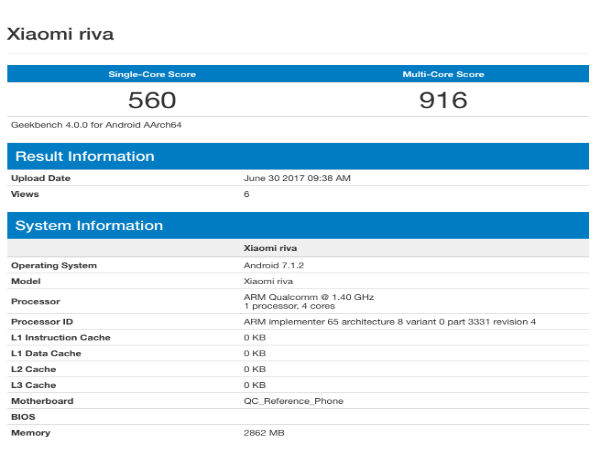 The benchmark listing sheds light on the technical specifications of the alleged Xiaomi device in question. From the listing, it is clear that the handset would arrive with a 1.4GHz quad-core Qualcomm processor under its hood. Though the exact processor is not known, it could be the Snapdragon 427, Snapdragon 425 or Snapdragon 415. Also, the specifications listed by the benchmark database show that the purported Xiaomi riva smartphone will make use of 3GB RAM that works in conjunction with the Qualcomm processor.

The device is listed to be fueled by the Android 7.1.2 Nougat OS out of the box. For now, no other information about this smartphone are known. And, from the specifications listed by the Geekbench database, it looks like the Xiaomi riva might be an entry-level smartphone. From the benchmark listing, it is shown that the Xiaomi riva has scored 560 points in the single-core test and 916 points in the multi-core test.

Xiaomi is believed to launch two flagship smartphones in the coming months. As we know earlier, these devices are the Mi Note 3 and the Mi Mix 2. Besides the Mi Mix 2, the company is speculated to be prepping an almost bezel-less smartphone in the Redmi series and it is believed to be the Redmi Pro 2, which is also slated to be released sometime in the coming months. One of these near bezel-less smartphones are rumored to flaunt the full screen 6-inch display developed by JDI. This panel is said to have entered mass production only recently. And, besides Xiaomi, Sony is also rumored to make use of this full screen JDI display on an upcoming flagship smartphone.