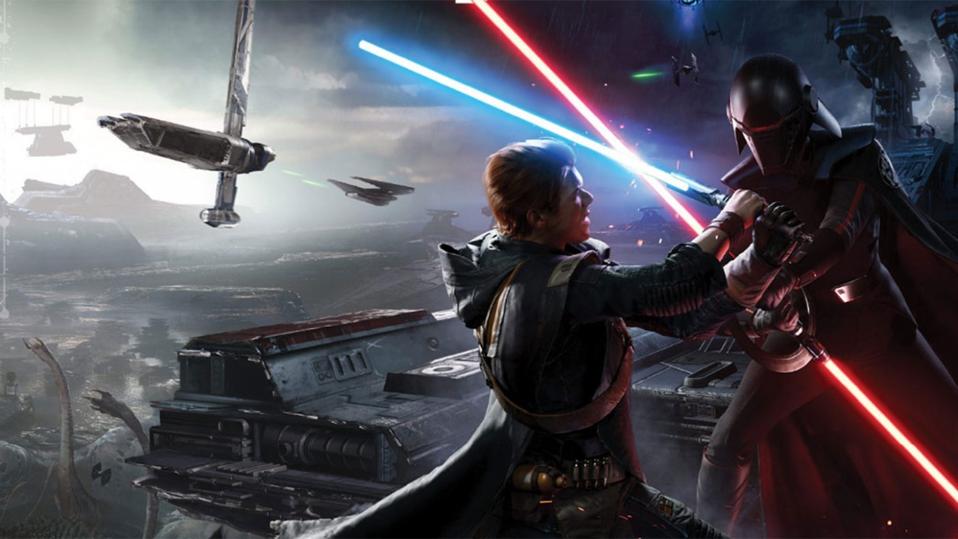 Disney may be a massive force in film, television and uh, amusement parks, but if there’s one media market they have yet to really crack open, it’s video games. Disney has been open about their struggles in gaming, closing down almost all of its in-house video game endeavors, content to farm out licenses for Star Wars and Marvel to established studios like EA and Square Enix to…mixed results, as of late.

Yesterday, I read a story about how a Disney investor, Gerber Kawasaki Inc.’s Nick Licouris, told Bloomberg that he believed now was the time for Disney to make a big video game acquisition. Namely, his suggestion was that Disney pick up Activision Blizzard, one of the largest publishers in the industry (his company is also a big investor in Activision).

While Activision Blizzard share price has fallen as of late, the company is still worth $37 billion. That would make it roughly four times the ~$8 billion Disney paid for the Lucasfilm and Marvel combined, both of which are proving to be two of the most savvy media deals of the decade. By comparison, $30+ billion for a somewhat struggling publisher does not exactly seem like a great move.

Activision Blizzard is in a strange spot right now, with Activision’s entire game slate consisting of annual Call of Duty releases with its MAUs boosted by huge numbers from mobile dev King’s various titles. Blizzard remains even more perplexing, formerly on top of nearly every hot genre, and now lagging behind in nearly all of them, with frequent high profile staff departures and long, long gaps between substantive releases. Sure, the idea of a Blizzard Marvel or Star Wars title sounds neat, but I find it hard to envision how an Activision takeover by Disney sounds like a terribly appealing idea overall.

So, if ATVI seems like a bad call, what about other potential targets? Here are some ideas, both good and bad:

EA is a logical choice to look at given Disney’s existing relationship with the studio for its Star Wars license. Unfortunately, it’s a relationship that has not been going terribly well as of late. Even though Disney still publicly defends the EA licensing deal, EA has produced relatively little for them so far. Two Battlefront games which each launched with their own measure of controversy, and then a slew of cancelled high profile Star Wars games that will never see the light of day. Their next offering is Respawn’s Jedi: Fallen Order which could be good, but the point being, in this new era of Star Wars for Disney, EA has done relatively little with the license, and not much to deserve Disney’s faith that they’ll improve.

And at a 26 billion value, this would not exactly be a steal for Disney either. Outside of Star Wars, EA has found a surprise hit in Apex Legends, though its stock has taken a hit when that game hasn’t performed as well as investors would like (they want it to literally be the next Fortnite, which just isn’t realistic). And then there’s the long, sad saga of the recent state of BioWare releases from Mass Effect Andromedato Anthem. EA is hugely reliant on its sports franchises from Madden to FIFA, but if there is ever anti-loot box legislation passed in major markets, that could spell huge trouble for its massive Ultimate Team revenue which relies on the concept. Ultimately, I’m not sure I like the sound of this idea either.

Alright, now we’re talking. For the price of Marvel and Star Wars, Disney could get Ubisoft, which has been on an incredible hot streak lately while rivals Activision and EA have had far more stumbles. The Assassin’s Creed franchise is better than it’s ever been. The Division is putting up big numbers. Rainbow Six Siege is an ongoing competitive miracle. It’s easy to imagine Ubisoft making some really awesome open world Star Wars or Marvel titles in the vein of its new AC games, and I could see this potentially being a good fit.

That said, Ubisoft has just finished fending off endless takeover attempts from Vivendi, and seems determined to remain independent. They might not be open to the idea of a megacorp takeover no matter how much money was thrown their way. And Marvel and Star Wars games would likely mean less focus on all their current series that are doing so well.

Epic Games may not be a public company (yet), but the massive success of Fortnite has boosted its prospects to new heights, and Disney would have to pay a pretty penny to land it.

But out of every possibility mentioned, Disney and Epic seem like an extremely good fit with Fortnite’s appeal to a younger audience and the fact that the two already seem chummy with their various crossover events (Fun fact: Epic’s Donald Mustard was literally an extra in Endgame). I could easily see Epic developing full Star Wars and Marvel games for Disney down the road, and Disney would also have access to the pipeline of a burgeoning storefront in the Epic Games store, controversies surrounding it aside. This seems like it could genuinely be a solid match, but Epic may want to continue to see how much it can grow on its own before thinking about selling. And as ever, Disney remains wary of gaming in general, and Epic relies heavily on Fortnite and Fortnite alone, which does seem like it has already peaked in many ways.

Nintendo – Market Cap: 43.9 billion – If Disney owns Star Wars and Marvel, why not Mario and Pokémon too? But this would be a truly massive investment of resources and it’s hard to imagine Nintendo selling in the first place.

Take Two – Market Cap: 13.3 billion – Cheaper than Activision and EA, but not so sure the maker of Borderlands and Grand Theft Autoreally would be a fit with the Disney brand.

Square Enix – Market Cap: 3.9 billion – I could see the potential here, and Disney has already trusted Crystal Dynamics with an Avengers game. If Disney likes paying $4B for things, well, here you go.

I do expect Disney to make a big move into gaming at some point, but perhaps not for a while yet as it’s currently making its big move into TV streaming with Disney+. We’ll see.