The Witcher 3 is gettings its last major expansion, Blood and Wine, some time in the next few months – but we don’t yet know exactly when. At least, we didn’t know before this alleged leak on Steam, picked up by Twitter user Wario64, which appears to confirm a May 30 release date. 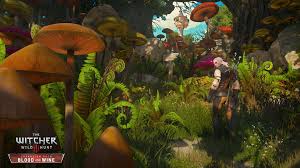 It’s not the first time we’ve heard unconfirmed reports of the expansion’s release: a Czech website pointed to a June 7 release date last month, and CD Projekt RED has confirmed the release will come in the first half of 2016. At this stage you’d think they’d just, y’know, announce a release date.

It’s going to be worth the wait, though. The expansion adds a whole new region to the Northern Realms, in the form of the bright and pastoral Touissant. It’ll likely take you around 20 hours to complete the main missions as well, but there’ll be a tonne of weapons and armor to grind for too, no doubt.

Meanwhile, the Polish studio got off on the right track with The Witcher 3’s first major expansion, Heart & Stone, which I described as “a satisfying, self-contained adventure that plays to the series’ strengths”.