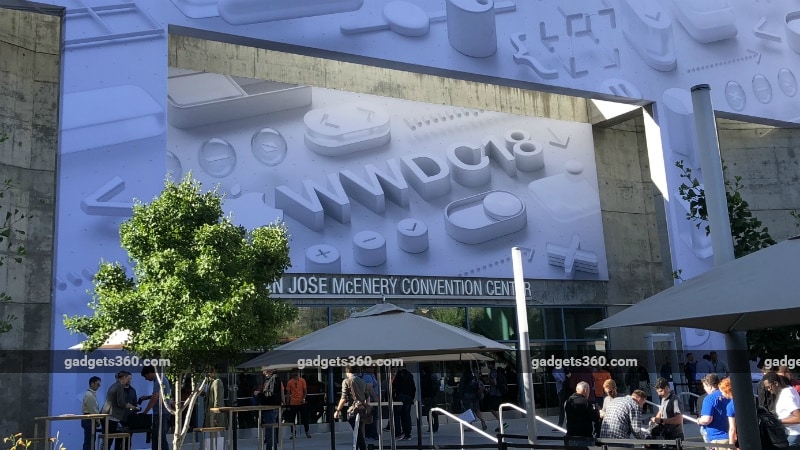 The WWDC 2018 keynote has started, with Apple CEO Tim Cook has taken the stage to kick off the keynote. He revealed the App Store has over 20 million developers and gets 500,000 views a week. Moreover, the App Store developers will have made over $100 billion this week. The WWDC 2018 keynote will be “all about software,” Cook has declared, and invited on stage Craig Federighi, the head of software development for Apple. The highlight of the WWDC 2018 keynote will, of course, be iOS 12, the next-generation software that powers the iPhones come September. Federighi says Apple has doubled down on performance with iOS 12 update, which will be available for iPhone 5s and above, iPad Air and above, iPad mini 2 and above, and iPod touch 6th generation. Keep hitting the refresh button to get WWDC 2018 live updates.

AR is one of the focal points of WWDC 2018 keynote, with ARKit getting new capabilities. Users will be able to design immersive experiences using AR tools provided by iOS 12. Federighi announced a new app called Measure that uses AR to help users measure objects and spaces with just a few taps. USDZ will enable users to place objects in real world spaces on their screens for another useful AR-centric feature. Shared Experiences is another AR-centric feature that allows users to share the same virtual space. 3D object recognition will allow users to expand their immersive creations.

The Photos app is getting more search functions, while Siri Suggestions is getting a major boost. Notifications will finally be grouped, so you can manage them – including swiping them away – in one go by notification type. An Activity Report feature has been announced, which will provide users with reports about the time spent on their phones per week so they can make decisions about their screen time, including deciding on downtime. Animojis are getting a few new members, such as Ghost, Koala, and T-Rex, etc. – but more importantly, there’s a new Memoji, which will give users the option to select their own emoji avatar and use them as Animojis.

watchOS 5 is bringing a new Walkie Talkie mode that lets users talk to their contacts right from their Apple Watch. There are also Interactive Notifications, web content in mail and messages, web content optimised for the small screen with watchOS 5. The Apple Podcasts app will also be coming to Apple Watch with this update. A Pride Edition watch face and band have also been announced, available starting today.

While the last year’s update for the software running the iPhones and iPads was riddled with bugs, iOS 12 at Apple WWDC 2018 is expected to be more about stability. Face ID is expected to get some improvements for faster unlocking, and more Animojis may be introduced. A Digital Health feature may be unveiled too give users more information about the time they spend on their phones. NFC may be opened up to provide users with more functions, such as opening NFC-capable doors, transmitting data to transit systems, personal authentication devices, and more.

Siri is also expected to become smarter with the announcements expected at WWDC 2018 keynote. With Siri stepping out of the iPhones, iPads and Macs and becoming the heart of HomePod smart speakers, which had a lacklustre debut, the virtual assistant needs better AI chops to compete with Google Assistant and Alexa. tvOS, macOS, watchOS are also expected to get some upgrades at the event. There are also rumours of unified apps coming to Apple developers, a system that will allow them to code a single set of apps for mobile devices and computers. A Dark Mode for macOS is also expected at the event.

Hardware announcements are expected to be few and far between, with iPhone SE 2 expected to hog the limelight among the hardware. Other than this, we can expect some refresh on the MacBook line, though the likelihood of that is quite slim.